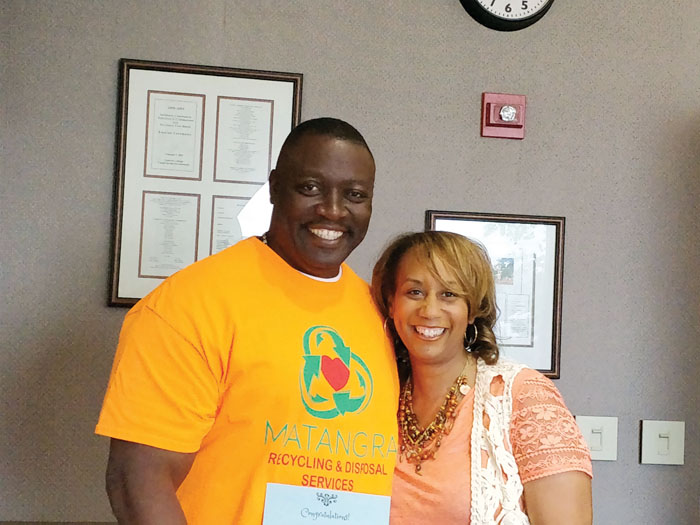 Daniel Matangira of Matangira Recycling was the winner of the Rowan County Chamber of Commerce’s Rowan Originals campaign. Submitted photo

SALISBURY — The Rowan County Chamber of Commerce has announced that the Rowan Originals Campaign brought in 50 new members and $106,844 in total investments, which exceeded the chamber’s goal of raising $75,000.

“We are proud of all our volunteers who worked so hard in the campaign. We introduced the new tiered benefit program for 2018 with great success,” said Janet Spriggs, chief operating officer for Rowan-Cabarrus Community College and chairwoman-elect of the chamber.

The top producer was Daniel Matangira of Matangira Recycling, who had 12,815 points. Matangira won a vacation package valued at more than $2,500.

The top team was the Novant Health Rowan Medical Center, which was led by team captain Shawn Edman.

The date for the 2018 directory and new member perks has been extended until Sept. 29.

Anyone who was not able to join during the campaign and is still interested in membership should contact the Rowan Chamber of Commerce at 704-633-4221, info@rowanchamber.org or www.rowanchamber.com.

Local restaurant cancels event after talk of performer with…