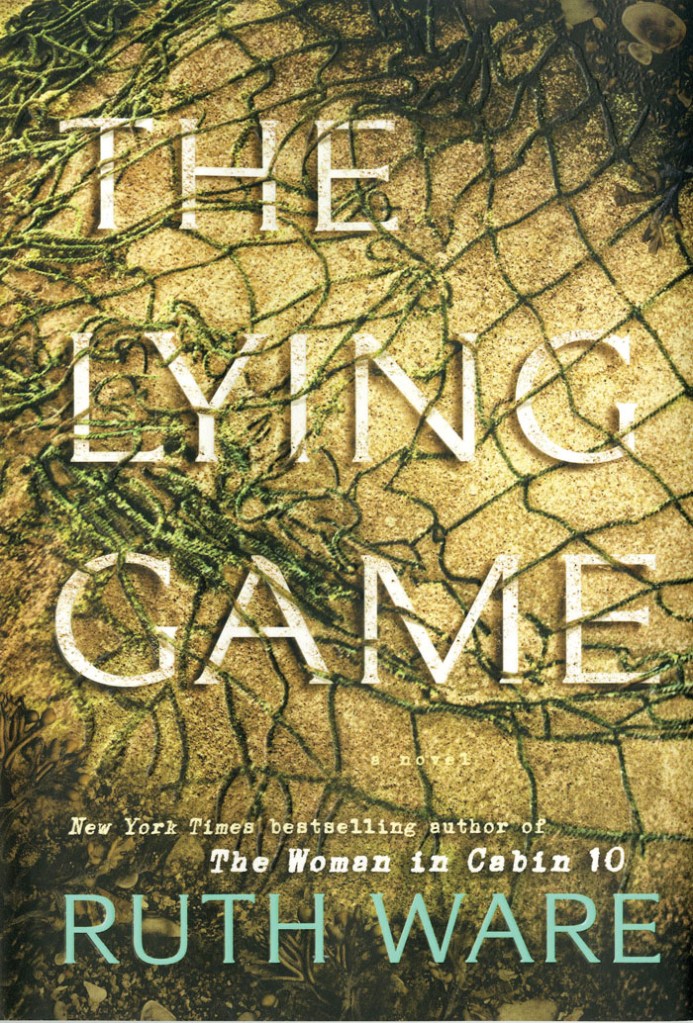 “The Lying Game” is my first Ruth Ware book, and I have a few bones to pick, if you’ll pardon the macabre pun.

In this outing, she’s writing about four boarding-school chums who share a terrible secret that grew out of “the lying game,” their effort to exclude other students and teachers from their private little world.

Now 17 years later, new and more elaborate lies will be required if the four have any hope of a future.

A dog digs up a bone on the beach near the old Tide Mill, where Kate, one of the four, still lives, older, but no more mature than the 15-year-old who instigated the events that make the book.

Kate needs those chums to return to their teen stomping grounds and help her keep them all out of what could be life-altering trouble. She sends a text, “I need you.”

The story is told by Isa Wilde, another of the four, a 32-year-old new mother and civil service attorney — the story is set in the U.K. — in a sort of breathless style that adds to the sense of imminent disaster.

Now, let me get some things out of the way.

First of all, the behavior of these four is highly questionable. Even as teenagers deeply involved in a sort of Never Never Land, what these young women did is unthinkable. So toss your disbelief out the window. The deed is done and here we are.

That these same four — or three, actually — who have careers and family and lives would drop everything for this woman and slavishly follow her lead is also hard to buy. They have a lot to lose, and Kate is the one holding the key, pulling the strings. What a dreadful power she holds. How bizarrely loyal they are.

That Isa would bring her 6-month-old into such a dangerous situation is beyond explanation. She’s still breastfeeding, they’ve never been separated since birth, OK. But when you know what you’ve done, how can you, with any conscience, bring a baby along?

And then there’s the issue of timing, which, as the novel progresses, seems to grow further out of sync. But, it keeps the reader turning pages, perhaps to see if any of the issues are resolved.

Why no one in the group has questioned the timing is a demonstration of how stuck they are in adolescence, with a fuzzy picture of reailty.

Ware is appealing to a certain kind of reader. In this case, it would be the one who remembers being 15, still a child, striving for adulthood but desperate for approval and unconditional, permissive love.

The four had that. Kate is motherless, and her artist father, who teaches at the shabby boarding school, is her life. Isa’s mother is dying of cancer and her father has no time for their child. Fatima’s parents are doctors on an overseas mission. Thea’s parents, well, they’ve few skills.

Fatima is a doctor now, too, with two children, and Thea, always the edgiest of the bunch, works in a casino, with the smell of alcohol and cigarettes always on her breath. She may be beautiful, but she is on the razor’s edge. Of the group, Fatima is the sensible one, and she’s now practicing her Muslim faith, which throws Thea off.

Kate is still somewhat ethereal, older, but not more mature, locked in time, frozen in development. Her home is sinking into the sea that made it a mill in the first place, electricity sketchy and gaps in the boards that allow for easy eavesdropping.

What’s happened? Those four know who that bone belongs to. And they know what role they played in its placement.

But if the truth comes out now, their lives will be ruined. They could loose their careers, and worse yet, their children.

So more elaborate lies are required. Everything must be carefully coordinated. Stories must match, alibis settled.

Once the body is convered, it speaks loudly, making the ground underneath the foursome’s feet like quicksand. More of the past appears in the form of Luc, Kate’s somewhat brother. His life was changed forever, too, and he’s still angry, and so is at least one person in town. All the litle pieces start to fall apart.

What will it take to make this right? A lot of emotion, the destruction of other relationships, shocking revelations, betrayals, promises, well-placed clues, floods and conflagrations.

You can have fun reading this book, getting caught up in the suspense and wondering what will happen next. Just don’t ask too many logical questions.