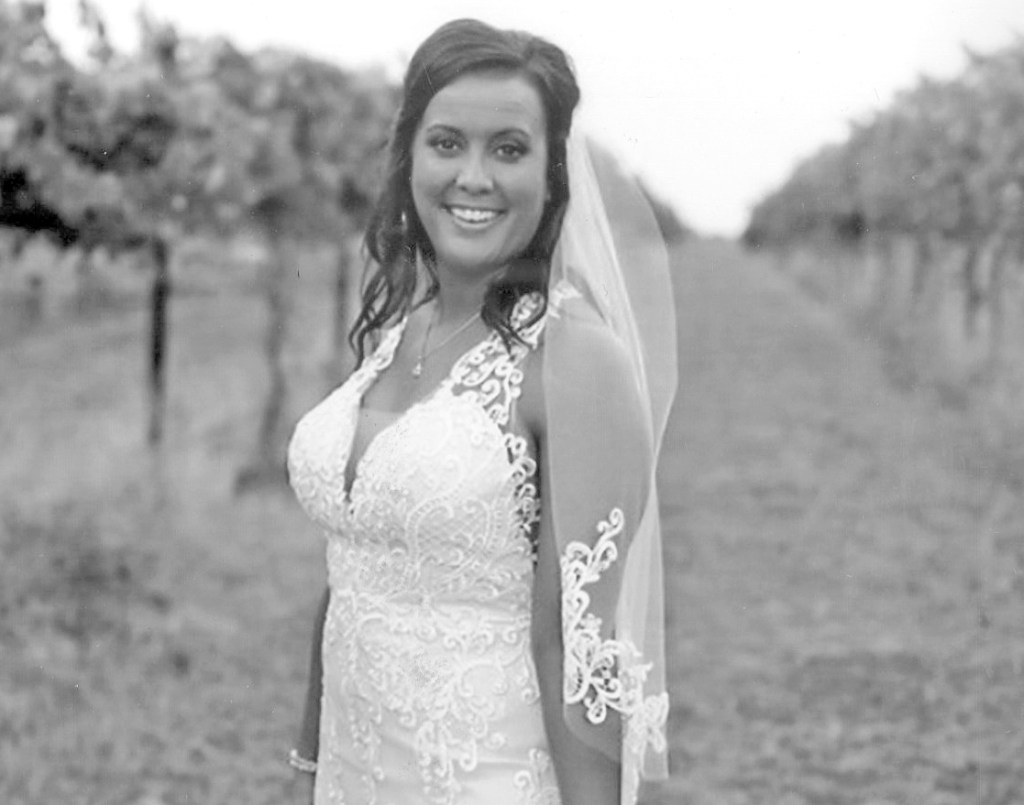 Kennedy Harrell of Charleston, S.C., served as flower girl and Aaron Campbell Jr. of Mooresville served as ring bearer. Half-sister of the bride Mrs. Michelle Comer of Spencer was the attendant. Mr. Neal Wilkerson and Mrs. Leslie Rich provided ceremonial music for the wedding while Mrs. Elizabeth Carlton served as organist. The wedding was directed by Mrs. Kim Lance.

Immediately following the ceremony, the family of the bride hosted a dinner reception at The Hitchin Post. The dinner was catered by Debbie Suggs Catering. Bo Monroe, aunt of the bride, cut and served the wedding cake.

The bride is an honor graduate of North Rowan High School and received her Bachelor of Science Degree from Lenoir Rhyne University and her advanced Physical Therapy Assistant Degree from Central Piedmont Community College. Drew is currently employed as a Physical Therapist Assistant at Wake Forest Baptist Health Lexington Medical Center in Lexington.

Chris graduated with honors from West Rowan High School. He received his Bachelor of Science Degree from Appalachian State University. Chris is a general contractor and owner at his family business, Roseman Real Estate and Construction.

On the eve of the wedding, the parents of the groom, Phil and Linda Roseman, hosted a rehearsal dinner at Cauble Creek Winery. All immediate family members and the wedding party members attended the dinner.

Other celebratory events have been held in the months preceding the wedding. The parents of the bride and groom honored the couple by announcing their engagement with an engagement dinner party on February 11, 2017 at DJ’s Restaurant. All wedding party members attended the dinner. On May 13, 2017, bridesmaids Emily Barnettte, Jacquelyn Jensen and Megan Morris hosted a bridal shower for family and friends at the home of Jacquelyn Jensen. Dolly Emory and Cindy Kelly hosted a bridal “beach” shower on July 14, 2017 at About Thyme Oceanfront Cafè at Cherry Grove Beach, S.C., for “beach” friends and family of the bride. Linda Engstrom, of Lexington, hosted a shower at her home on August 6, 2017 for family and friends of the bride from Wake Forest Baptist Health Lexington Medical Center.

After a honeymoon to Punta Cana, Dominican Republic, the newlyweds will make their home in Salisbury.