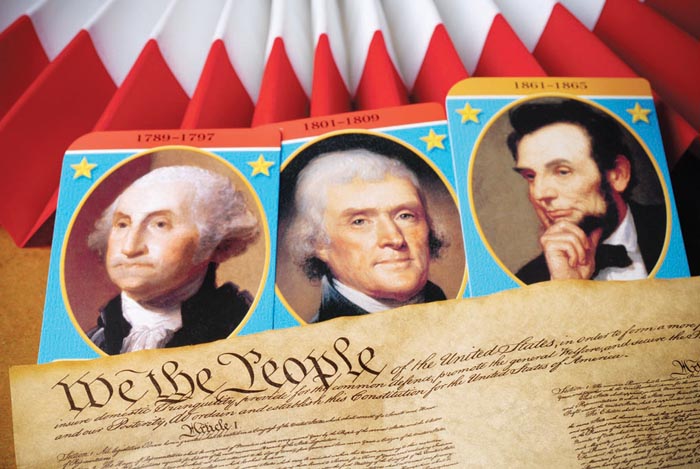 Sept. 17, 2017, begins the national celebration of Constitution Week, the weeklong commemoration of America’s most important document

Sept. 17, 2017, begins the national celebration of Constitution Week. The weeklong commemoration of America’s most important document is one of our country’s least known official observances. Our Constitution stands as a testament to the tenacity of Americans throughout history to maintain their liberties and freedom, and to ensure those inalienable rights to every American.

You might have heard the phrase “That’s unconstitutional” or “That’s my constitutional right!” Many times Americans believe that sayings and phrases are in our Constitution, but they really aren’t. Let us celebrate Constitution Week by resolving to be better-informed and responsible citizens. Read the Constitution!

• Did you know that nowhere in the Constitution does it say, “It’s a free country”? Amendment 1 of the Constitution does NOT include the words “freedom of expression” but over time it has been ruled to include limits to the freedom of speech/press/assembly for defamation, perjury, contempt of court, hate speech, size of public demonstrations, trade secrets, noise pollution, classified information and treason.

• Our Constitution, the cornerstone of our freedoms, was written to protect every American from the abuse of power by government. The Fifth Amendment states that “No person shall be … deprived of life, liberty, or property without due process of law” and it protects us from double jeopardy and incrimination. However, the phrases “innocent until proven guilty” and “presumption of innocence” are not found in the 5th amendment nor in any part of the Constitution. These phrases are derived from English law and are part of our system and considered common law today.

• Did you now that the only place in the Constitution that “Lord” or any reference to God is where the date is written — “Seventeenth Day of September in the Year of our Lord one thousand seven hundred and eighty seven”?

• Did you know that “We hold these truths to be self- evident, that all men are created equal” and “Life, Liberty, and the Pursuit of Happiness” are not in the Constitution, but both are in the Declaration of Independence?

• The quote “Of the people, by the people, for the people” is neither in the Constitution nor the Declaration, but comes from the Gettysburg Address.

• The U.S. Constitution is the oldest constitution still in active use in the world today and is the basic document of our republic, which protects the individual liberties of all citizens through written law.

• Did you know that you cannot be denied the right to vote because of race or gender? But remember, the Constitution never clearly ensures us the “right to vote.” The 26th Amendment requires that 18-year-olds must be able to vote; however, states can allow persons younger than 18 to vote if they choose. The qualifications for voters are left to the states, as long as they do not conflict with anything in the Constitution. In some states, felons who are in prison or on probation are denied the right to vote.

• American colonists fought, sacrificed, and died to establish and preserve the freedoms now guaranteed to us by the Constitution of the United States. The right to privacy has come to the public’s attention through various controversial Supreme Court rulings. Privacy is not specifically mentioned in the Constitution, but over the years the Supreme Court has made decisions that have established that the right to privacy is a basic human right and as such is protected by virtue of the 9th Amendment.

• “We the people of the United States, in order to form a more perfect Union, establish justice, insure domestic tranquility, provide for the common defense, promote the general welfare, and secure the Blessings of Liberty to ourselves and our Posterity, do ordain and establish this Constitution for the United States of America.” These words, written 230 years ago, are the Preamble to our Constitution.

Read beyond the Preamble to understand the structure of the three branches of our representative government. Study the Amendments and the Bill of Rights.

• Did you know that Inauguration Day is set in the 20th Amendment? The Presidential and Vice Presidential terms end and the next term begins on Jan. 20 following an election. For Senators and Representatives, it ends and begins on Jan. 3 following an election. The time between the election and Inauguration Day is known as the Lame Duck period, particularly if the President was not reelected.

• The Equal Rights Amendment, which reads in part “Equality of rights under the law shall not be denied or abridged by the United States or by any state on account of sex,” was proposed by the 92nd Congress on March 22, 1972, but was not ratified because not enough states approved it. The main reason that states did not approve it was that the process was already in practice.

• Did you know that the Constitution does not give the right to have cases heard by “a jury of my peers”?

• The Constitution does not have the words “separation of church and state” anywhere in it.

• The only crime that is defined in the Constitution is treason. Specifically, it is adhering to or giving comfort to the enemies of the United States.

• The Constitution neither prohibits nor encourages that the President and the Vice President be from the same party.

The tradition of celebrating the Constitution was started many years ago by the Daughters of the American Revolution (DAR). In 1955, the Daughters petitioned Congress to set aside Sept. 17-23 annually to be dedicated for the observance of Constitution Week. The resolution was later adopted by the U.S. Congress and signed into Public Law 915 on Aug. 2, 1956 by President Dwight D. Eisenhower.

The aims of the celebration are to (1) emphasize citizens’ responsibilities for protecting and defending the Constitution, preserving it for posterity; (2) inform the people that the Constitution is the basis for America’s great heritage and the foundation for our way of life; and (3) encourage the study of the historical events which led to the framing of the Constitution in September 1787.