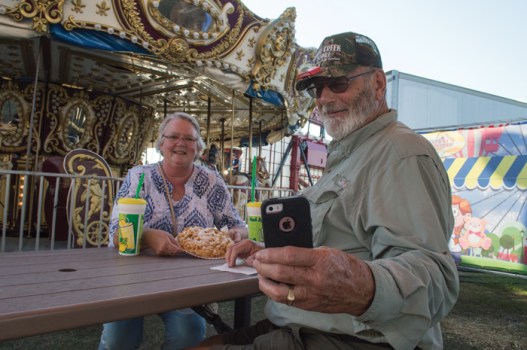 Cathy Carter and Don Carter pose for a selfie on Friday at the Rowan County Fair. Don and Cathy say they're not fans of fair rides, but they enjoy the food.Josh Bergeron/Salisbury Post 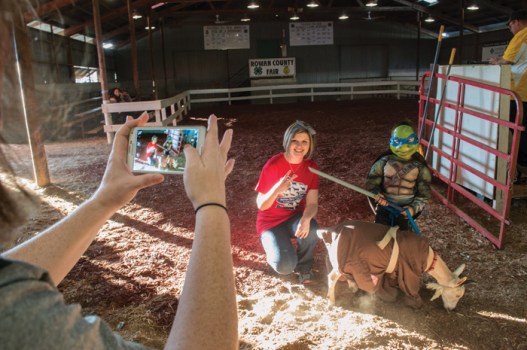 Makayla Rider and Collin Jones, right, pose for a photo on Friday during the Rowan County Fair. Jones was a competitor in the goat dress up contest, and Rider said she wanted to take a photo with him because she likes the Teenage Mutant Ninja Turtles. Josh Bergeron / Salisbury Post - 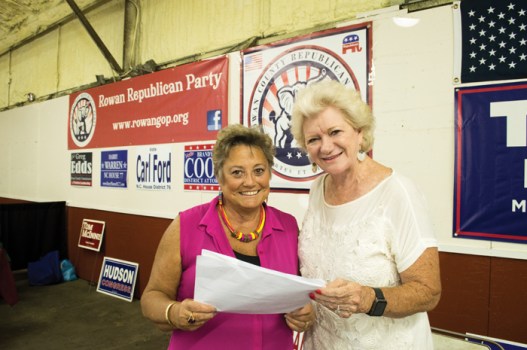 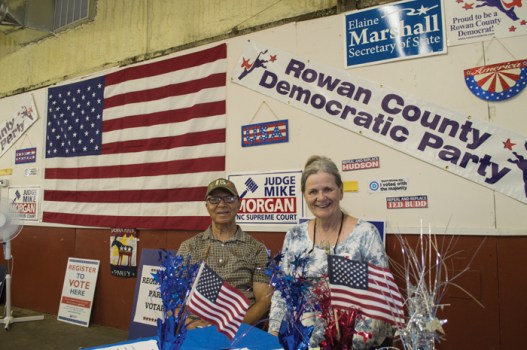 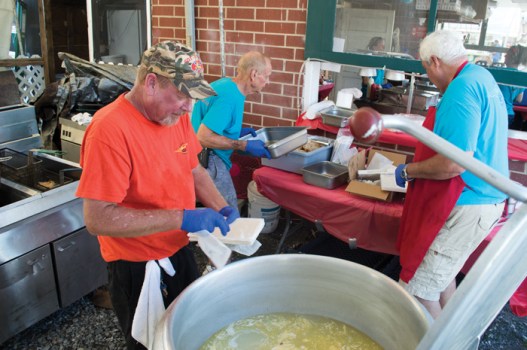 "Mater" Mays, left, helps prepare a 40-gallon pot of chicken and dumplings on Friday during the first day of the Rowan County Fair. Mays was working with Hoff's Grill. Josh Bergeron/Salisbury Post 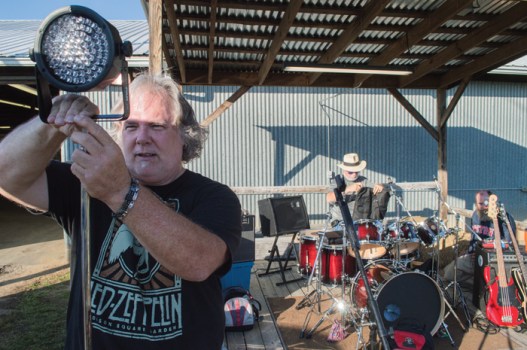 Under clear blue skies, people filed into the Rowan County Fair on Friday afternoon for the opening of a nine-day run. The fair opens at 4 p.m. on weekdays and 1 p.m. on weekends. Don and Cathy Carter were among the many people at the fair Friday. The couple said they aren’t fans of the rides but enjoy the food. They found a shady spot and split a funnel cake. Luke Creswell, however, planned to take in the rides as many times as possible, said his father, Chris Creswell. Chris joked that his son would probably ride the miniature rollercoaster dozens of times before the night was over.