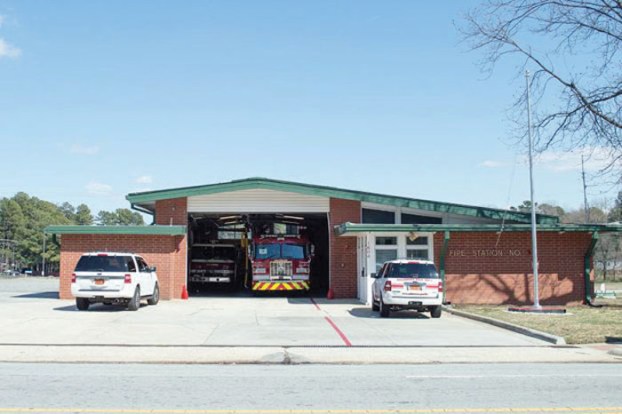 Structural problems have plagued Salisbury Fire Station No. 3, so the city plans to replace it. Josh Bergeron/Salisbury Post file photo

SALISBURY — The city will hold an open house at Fire Station No. 3 Sunday to solicit residents’ opinions about a future location for the station.

Salisbury Communications Director Linda McElroy said Thursday the purpose of the open house, which will be held at the current station at 1604 W. Innes St., is to show residents what other options the city is looking at for the station’s future location.

“There will be other locations studied featured on the posters set around the firehouse so that residents can see how each location relates to residential areas,” McElroy said in an email. “There is also a ranking mechanism residents will see on all options.”

The current Fire Station No. 3, which was built in 1956, is the second-oldest fire station in Salisbury.

Because of age-related structural damage, the Salisbury Fire Department is seeking a new location that will serve the same part of the city that the current station serves.

But people who live near the property that has been a frontrunner for the new location frontrunner — the 100 block of Mahaley Avenue — have expressed concern about the light and sound that it would produce in the neighborhood.

“I think the engine noise and lights will negatively affect the neighborhood, undoubtedly, through reducing property values, engines idling, sirens in a nice, residential neighborhood,” said neighborhood resident Jay Bolin at the last City Council meeting at which the proposed station was discussed.

McElroy said city staff members still believe that the Mahaley Avenue location is the best option, but she said they “want to give residents an opportunity to provide input.”

In addition to seeing other location options, residents will have a chance to tour the current Fire Station No. 3 and discuss concerns with city administrators.

Parking will be available in the Food Lion parking lot behind the fire station.