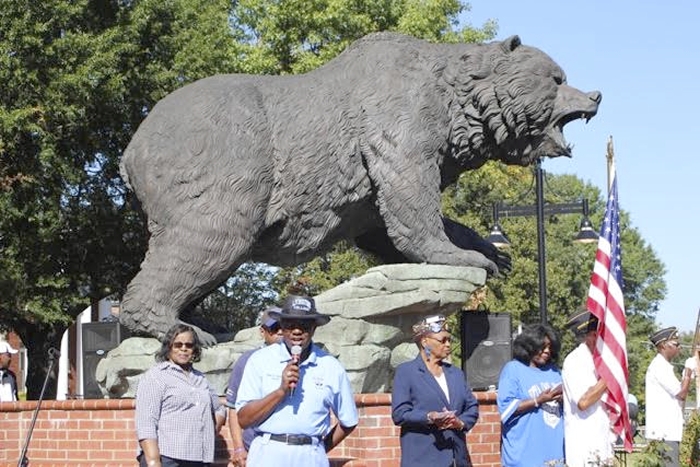 SALISBURY — Gov. Roy Cooper will travel to town next week to be the keynote speaker at Livingstone College’s fall convocation.

It will be Cooper’s first official visit to Rowan County since becoming governor.

Cooper will deliver the address Friday in Livingstone’s Varick Auditorium. The program, which will serve as an official induction of the 2017 freshman class, begins at 10 a.m.

“We are esteemed to secure Gov. Cooper as our keynote speaker for fall convocation,” said Livingstone President Jimmy R. Jenkins Sr.. “He knows the value of hard work, education and public service. We are confident he will inspire our students through his own experiences to defy the odds and excel academically.”

Sworn in as governor in January, Cooper has spent nearly three decades in public service. The Nash County Democrat served in the General Assembly from 1987 to 2001. He was elected as North Carolina’s attorney general in 2000 and was re-elected three times.

Gov. Bev Perdue, also a Democrat, made her first official Salisbury visit to speak at the Livingstone Founders Day ceremony in 2009.

Republican Gov. Pat McCrory, who graduated from Catawba College and visited Salisbury many times, spoke at Livingstone in 2015 to congratulate the Blue Bears for winning another CIAA basketball tournament.

North Carolina is home to the largest number of four-year, degree-granting historically black colleges and universities in the nation, including three that are celebrating their 150th anniversaries this year — Johnson C. Smith, Barber-Scotia and Fayetteville State.

Livingstone is focused on a different anniversary this year — the 125th anniversary of black college football in America; the first game was played on the front lawn of its Salisbury campus.

The governor is expected to proclaim September through November as Commemorative Black College Football Season in North Carolina.

Fall convocation brings together students, alumni, faculty, staff and the board of trustees. The public is invited to attend.