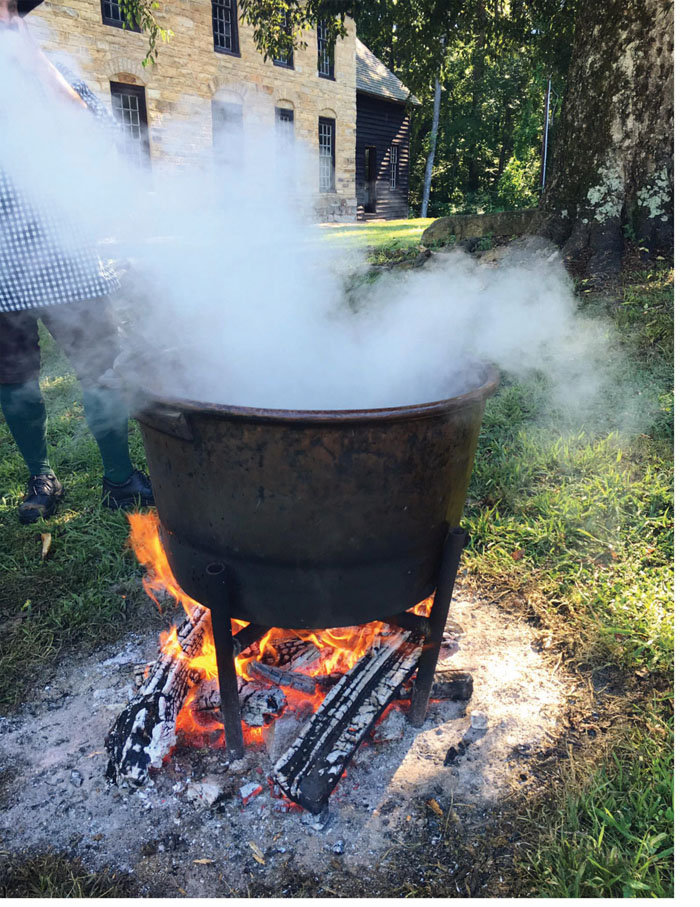 Some of the beers specially created for this event were crafted right at the Old Stone House.

GRANITE QUARRY — Two hundred years ago, that greeting was common upon entering homes in eastern and southern Rowan County. Though a minority, the German population of these areas made a great impact on the future of Rowan County and Salisbury as a whole.

On Saturday, the Rowan Museum will celebrate the culture and history of those immigrants at Germanfest, held at the 1766 Old Stone House, 770 Old Stone House Road. Admission is $5 for adults and $3 for students.

A big event is planned — bratwurst and sauerkraut will be served along with colonial and German beers specially brewed by New Sarum Brewing Company. Three of the four beers specially created for this event were crafted at the Old Stone House using a kettle once owned by the Braun family. German desserts, pretzels, and other goodies will be available for purchase as well.

There will also be free children’s activities including storytelling by the Rowan Public Library, colonial games, candle making and farm animals. The museum will provide tours of the house, bread tastings, and brick oven cooking demonstrations.

To the Pointe Dance Company, under the direction of Dana Ribelin, will perform traditional German dances; Gary Freeze will give special presentations on German and Rowan County history; and the Windsong Recorder Ensemble will play German songs. Artisans and crafters representing colonial and German trades will also be on site, and New Sarum will be brewing an apple beer over a fire.

All of this kicks off with a one mile Volksmarch from the Old Stone House to Granite Park and back at 9 a.m. The event itself begins at 10 a.m. and lasts until 6 p.m. F&M Bank has graciously donated the use of their trolley from 1-5 p.m. to transport patrons from New Sarum’s parking lot in downtown Salisbury to the Old Stone House.