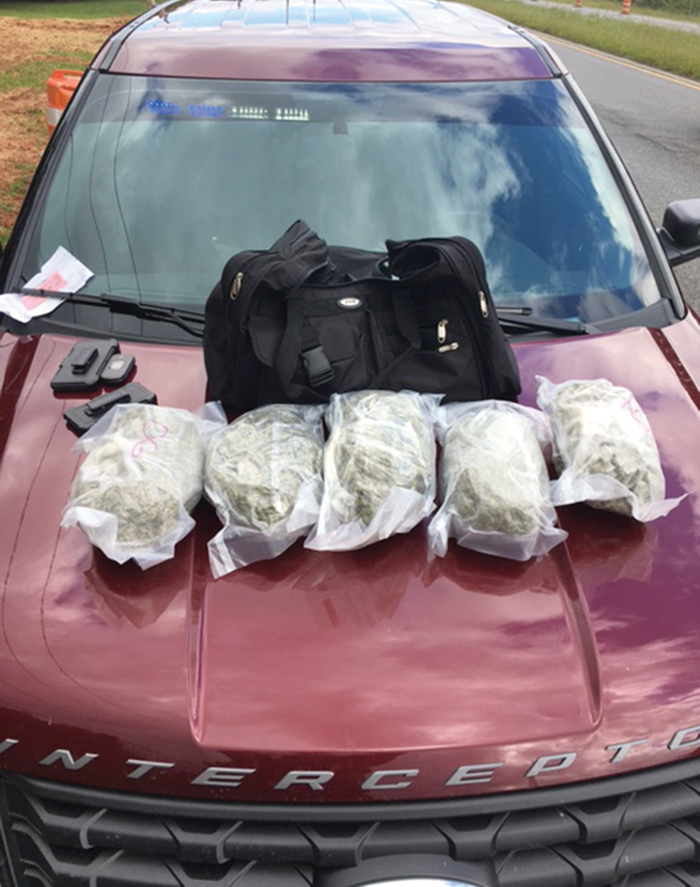 Submitted photo Some of the items seized in a stop on I-85.

SALISBURY — A man known as the “Godfather of Drugs” has been arrested on numerous drug charges.

Rowan County authorities say Clarence William West, 48, of the 400 block of Jackson Road in Salisbury was charged with drug possession Tuesday after he was stopped for speeding on Interstate 85. Officers found 5.2 pounds of marijuana in the trunk of his car, authorities said.

A Rowan deputy stopped a 2014 Chevrolet Impala that had been traveling 65 mph in a 45-mph zone on U.S. 29 near the new Bojangles in China Grove. He was stopped near exit 68. A K-9 unit was called in and immediately detected drugs. Officials searched the vehicle and found the marijuana packaged in large plastic bags inside a gym bag.

A report said the deputies also seized $1,000 in cash.

West was arrested in 2013 after authorities served a state search warrant at his home and found two firearms. He had violated the terms of his parole.

In 1996, West was convicted on federal drug conspiracy charges in the Western District of North Carolina. He was charged with selling nearly 5 kilograms of crack cocaine, worth at the time an estimated $1 million.

West was at one time regarded as one of the top crack dealers in the city, according to a 1996 Post article.

West was released from the Rowan County Detention Center under a $10,000 secured bond.