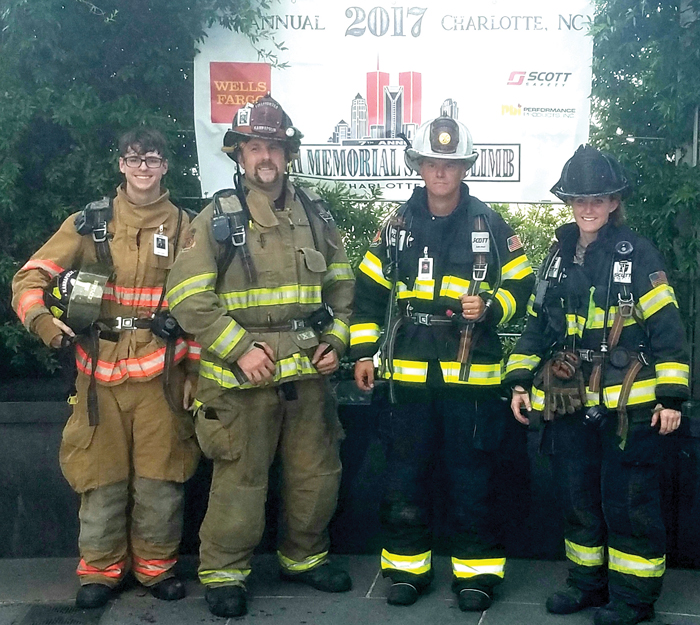 KANNAPOLIS — For the sixth year in a row, the Kannapolis Fire Department competed in the Charlotte Firefighters 9/11 Memorial Stair Climb.

Team KFD climbed the Duke Energy Building in Uptown Charlotte on Saturday with 700 other participants to honor the 343 New York firefighters, 60 police officers and 10 emergency medical service personnel who lost their lives in the Sept. 11 terrorist attacks.

The Charlotte climb was one of many held around the country. Participants pay tribute to one fallen hero by climbing the equivalent of the 110 stories of the World Trade Center. The tribute not only remembers the sacrifices made on that day but symbolically completes the heroic journey the men and women started to save others.

“Participating in the climb is a great way for me to remember those who died trying to save others, to build stronger relationships with other KFD members, and gives me a chance to bond with other safety personnel from this area,” said Ashley Armstrong, team leader engineer with the Kannapolis Fire Department.

Participants collect donations that benefit the New York Fire Department’s counseling service and helps with costs for firefighters’ families attending Memorial Weekend as well as programs provided by the National Fallen Firefighters Foundation to support the families of fallen firefighters.