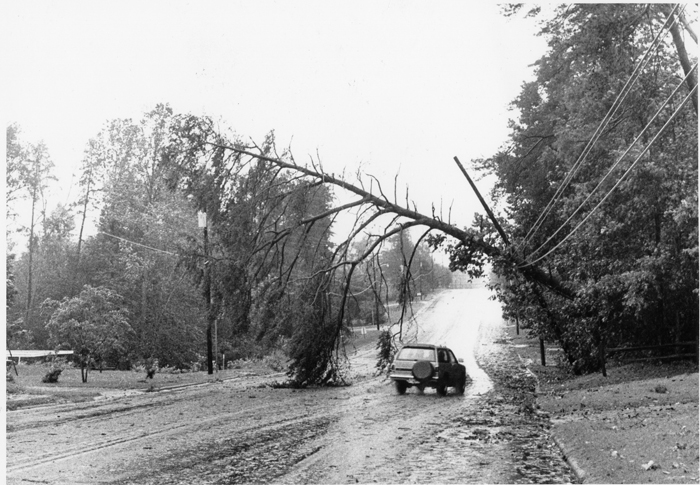 This photograph shows a vehicle trying to maneuver past a broken tree and precarious power lines on the Friday morning that Hurricane Hugo ripped through Rowan County Sept. 22, 1989. This was a scene typical that day throughout Rowan. Hugo’s fiercest attack across Rowan started about 5 a.m. that day and much of the damage, which was widespread, occurred up to 7 a.m., with winds clocked as high as 89 mph. People emerged that morning to a different world, as if an army of bulldozers had passed through or God had wielded a giant hair blower. Downed trees had squashed houses, vehicles, mobile homes, decks and porches. About 35,000 to 40,000 homes in the county were without power. Upward of 5 inches fell in some locations. By early October, Rowan County had been declared a disaster area by the federal government, allowing businesses and residences to apply for assistance. the storm caused an estimated $21.5 million in damage in Rowan.

Yesterday: The boys of summer in Faith during the…