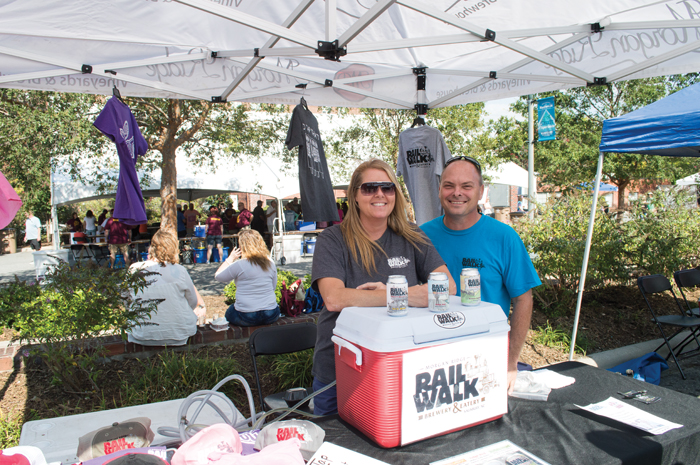 A crowd of people gathered Saturday in downtown Salisbury to enjoy beers from more than 20 breweries.

Katelin Rice, promotions coordinator for Downtown Salisbury Inc, said people from all over the state were expected to attend the event. Similar breweries hailed from a number of cities.

This year’s event was different than prior years because of a gap between a beer crawl that occurs on Friday nights and the festival on Saturday. Instead, the beer crawl occurred occurred in August and the beer festival was one month later.

Rice said the goal was to attract a larger audience by putting time between the beer crawl and festival.

With cool temperatures and mostly clear skies, the festival continued into Saturday evening.

Community Calendar a partnership for all of Rowan