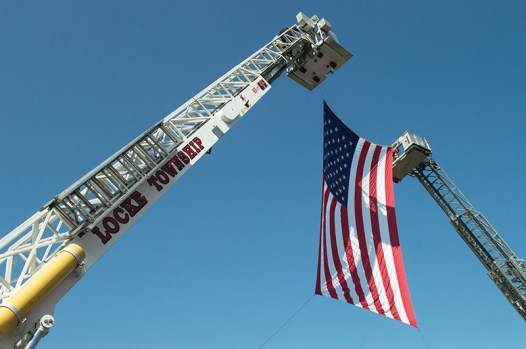 An American flag sits suspended above the Price of Freedom Museum on during a Sept. 11 remembrance event in 2017. Josh Bergeron / Salisbury Post 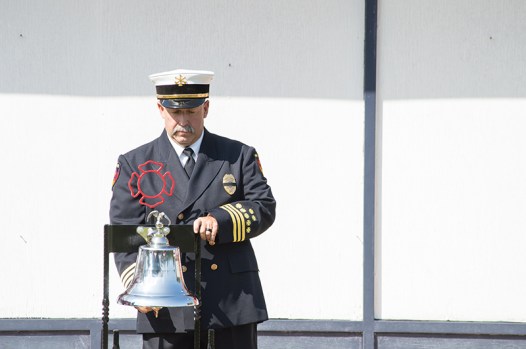 Josh Bergeron / Salisbury Post - Bill Kluttz of Locke Fire Department rings a firefighters bell on Saturday during a 9/11 rememberance event at the Price of Freedom Museum. 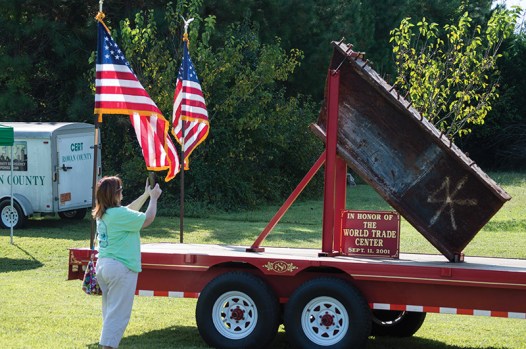 Josh Bergeron / Salisbury Post- A piece of the World Trade Center towers was displayed during a Sept. 11 rememberance event at the Price of Freedom Museum near China Grove. 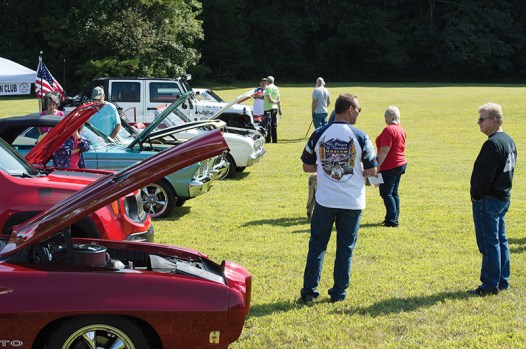 Josh Bergeron / Salisbury Post - A number of restored and modern-day cars were on display on Saturday during a Sept. 11 rememberance event at the Price of Freedom Museum.

CHINA GROVE — First responders are prepared to serve valiantly, even if that results in their death, said China Grove Police Chief Andrew Deal on Saturday.

Speaking during the Price of Freedom’s annual Sept. 11 remembrance event, Deal talked about sacrifices made by first responders during the Sept. 11 attacks. He said it’s important to show that America won’t forget the events of Sept. 11.

“On the morning of September 11, 2001, those police officers, firefighters and EMS workers didn’t wake up knowing that it would be their last day, but because we take an oath to protect and to serve in whatever branch of emergency services we do we know it could be and we are prepared for that,” Deal said.

Deal, the featured speaker during Saturday’s event, said he was a probation officer on the morning of Sept. 11, 2001. He recalled being on the third floor of the Rowan County Courthouse when first hearing the news that two planes struck the first World Trade Center tower.

More than 300 firefighters and 71 law enforcement officers died during the Sept. 11th attacks. A number of military personnel also died as a result of a plane striking the Pentagon.

During his speech, Deal read from John 15:13, which states, “Greater love has no one than this: that a man lay down one’s life for one’s friends.” He said the passage brings peace to his soul when he puts on his uniform.”

He also read from a speech by Tecumseh, a Native American Shawnee warrior.

“So live your life that the fear of death can never enter your heart,” Deal said while reading a part of the speech. “Trouble no one about their religion; respect others in their view, and demand that they respect yours. Love your life, perfect your life, beautify all things in your life.”

Saturday’s ceremony also included songs played on the bagpies by Drew Barkley of the Kannapolis Fire Department, a moment of silence, the playing of Taps and the ringing of a firemans bell by Kluttz.

In addition to remembering the events of Sept. 11th, Price of Freedom Museum caretaker Bobby Mault said the annual event helps bring the community together.

Following Saturday’s ceremony, the Price of Freedom Museum opened its doors for visitors. On display were various cars, a restored 1941 American LaFrance 65′ aerial fire truck, a Humvee owned by the Salisbury Fire Department and a piece of steel from the World Trade Center towers.

Capt. Rodney Misenheimer of the Salisbury Fire Department said the Humvee, which is colored jungle green, has been used to fight fires in recent history. Misenheimer said it was recently used to fight a fire at the city’s landfill. Meanwhile, Misenheimber said he hopes to make further improvements to the restored fire truck. The Salisbury Fire Department obtained two steel beams from the World Trade Center in 2011. The one not on display Saturday sits at the firefighter training facility at Rowan-Cabarrus Community College, Misenheimer said.