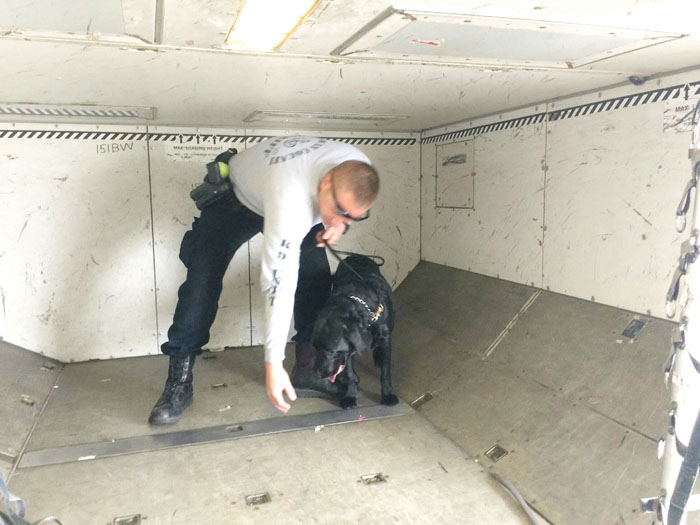 Rowan County Sheriff’s K-9 Ike did everything for the love of a tennis ball. Every lost person he tracked, every ounce of drugs he located was a game to the black Labrador. In August, the 10-year-old dog succumbed to illness following a stroke.

Nelson and Ike had been working together since January 2009 after they began training in December 2008. Ike had a stroke in March and everyone thought he’d recover. He had some lasting effects to his spine. Nelson took him to an emergency veterinarian and later to Ike’s regular vet, but the dog had issues walking.

This is an unexpected event that was not included in this year’s budget, explained Rowan County Sheriff’s spokesman Capt. John Sifford.

Sifford said the agency has received some donations from citizens, officers, fire departments, businesses and other law enforcement agencies.

They’ve identified a dog that the sheriff’s office would like to purchase.

If an incident occurs now and no other Rowan Sheriff’s Office K-9 is on duty then another work dog from another agency would have to be called to the scene.

The dog and Nelson also assisted the U.S. Department of Homeland Security while at the Charlotte Douglas International Airport.

Ike was certified internationally through the International Police Work Dog Association and had over 2,000 training hours. Nelson and the K-9 additionally trained locally twice a month, which included tracking and bite work.

“We train hard. When you’re called out there, you’re expected to shine,” Nelson said.

Ike had some memorable instances where he shined, Nelson said. On one occasion, a man ran from officers who were there to serve an arrest warrant. Ike had been tracking the man, grew tired, but the man had still not been apprehended.

Nelson put Ike “back on the ground” and the K-9 found the suspect.

When a 10-year-old was missing in 23-degree weather, Ike was able to recover his body in a pool. The child had fallen in and his body was hidden because the water re-froze. Ike went to the edge of the pool and put his feet down — a signal to Nelson that Ike had found the boy.

It meant a lot to Nelson he said the support he was shown the day Ike was taken to Lyerly Funeral Home for cremation. The K-9 team, drug investigators, and others created a procession to the funeral home. The Rowan County 911 Communications also pronounced Ike’s final call of duty.

Ike was a work dog, but was also very friendly, Nelson said, and will be missed by his two young children and wife. Nelson has been in law enforcement for 14 years.

Livestock owners, farmers can only do so much to…