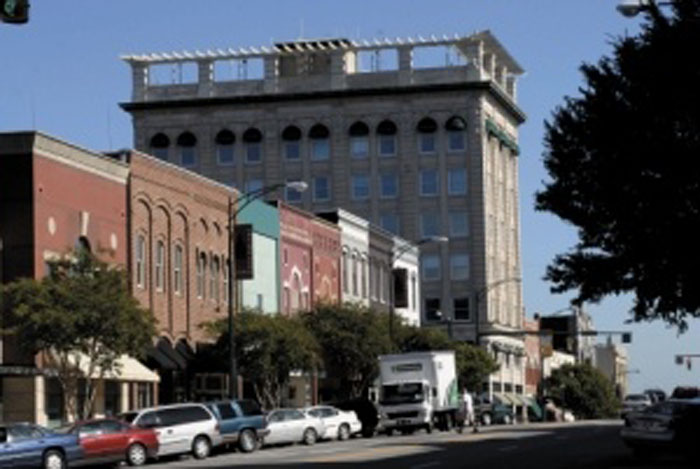 Harper, who grew up at High Rock Lake, is a five-year veteran of the city of Wilson’s planning and community revitalization department. She served as in-kind city staff for two nonprofit agencies to promote development of vacant and underutilized buildings in downtown Wilson, which is east of Raleigh.

“We are fortunate that we were able to appoint a new development director with Larissa’s caliber to lead our efforts in developing Salisbury’s downtown area,” said Salisbury City Manager Lane Bailey. “Larissa brings a wealth of knowledge to this position, but more importantly, a sense of the bright future of Salisbury and what it can become. I’m confident that she will do well in this position with support from the DSI board of directors and our local merchants.”

Previously, Harper served as executive director of the Kernersville Downtown Preservation and Development Council Inc.. There, she expanded the role of the council to create an advocate organization for businesses in Kernersville’s downtown.

She also was instrumental in facilitating collaborative work sessions among merchants, residents, board members, town officials, and downtown business and property owners.

“As DSI solidifies its partnership with the city of Salisbury, we are very excited about Larissa Harper’s appointment as the new downtown development director,” said DSI President Greg Shields. “Her extensive Main Street experience will bring tremendous value as we move forward with the Empire project and continue making downtown Salisbury a great place to shop, dine and visit.”

Harper is a graduate of Grand Valley State University in Allendale, Michigan. She is a licensed real estate broker and has served as a member of the Wilson Community College Small Business Advisory Board.

“I am truly excited for this opportunity to return to the area and become a contributing member of the charming community that I visited often while growing up on High Rock Lake,” said Harper. “I see my role as an advocate for the downtown Salisbury community, working together to grasp this trend of upward momentum, and creating an even more desirable destination.

“My goal is to introduce myself to business and property owners as quickly as possible to understand the needs of the community I will serve,” she said.