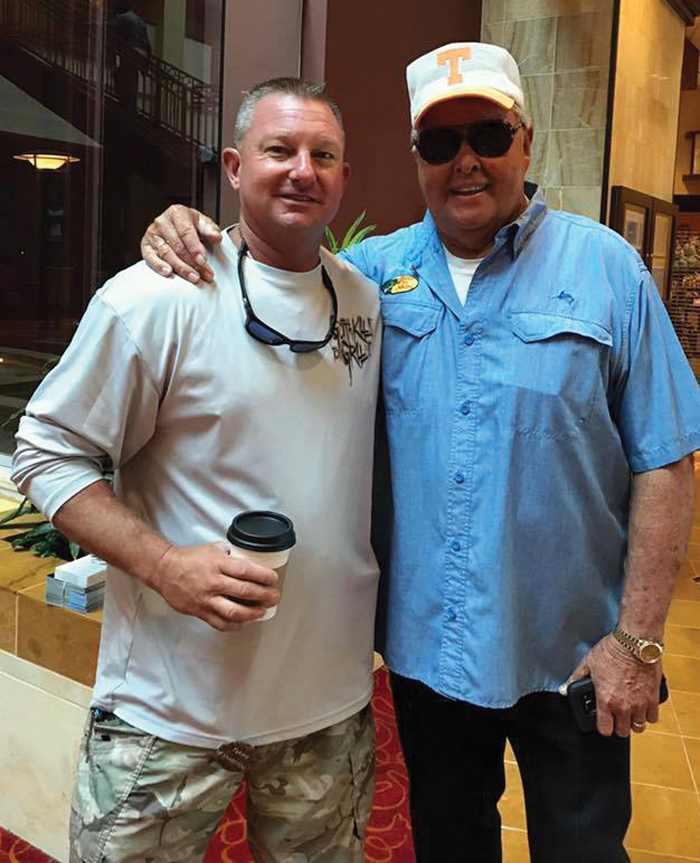 Submitted photo Artist Andy Wolfe, left, whose designs are behind Gotta Kill It to Grill It and Gotta Kill It to Heal It merchandise, poses here with noted television angler Bill Dance. Wolfe will be at Sugar Bear's in Rockwell from noon-2 p.m. Saturday.

Saturday’s anniversary bash will last from 11 a.m. to 4 p.m. Wolfe will meet folks and sign items such as shirts, cups and hats from noon to 2 p.m.

At 2 p.m., Sugar Bear’s will have a tribute to cancer survivors.

Wolfe has said the primary inspiration and designs for Gotta Kill It to Heal It were to bring awareness, support and contributions toward finding a cure for breast cancer.

Wolfe, a North Carolina native, has spent much of his lifetime fishing and hunting.

“We at Gotta Kill It to Grill It are dedicated to the idea and practice that the respect of sea life, fowl and beast always be considered and that hunting and fishing for sport is for human consumption, not for waste or the unnecessary taking of animal life,” the company website says.