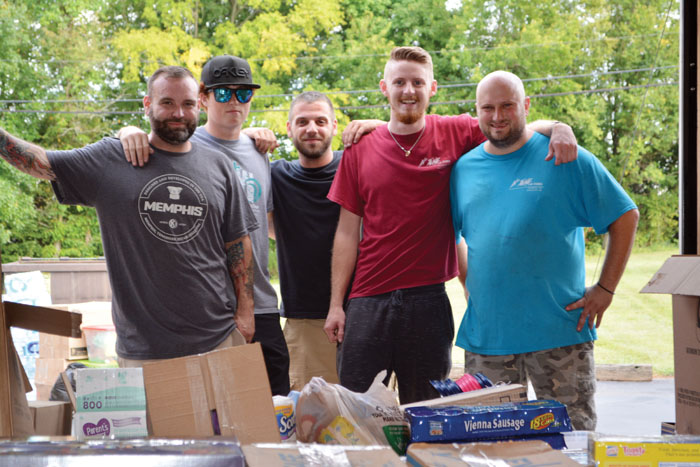 Reese Helms is the type of guy who tends to burn the candle at both ends.

He’s been doing a lot of that since Hurricane Harvey made landfall in Texas last week.

Helms’ daughter, Cadence, 11, lives near Houston with her mom and stepdad, and after the storm, Helms wanted nothing more than to go see her and give her a hug.

Helms, who lives in Kannapolis with his wife, Heavan, visits his daughter several times a year. But since he was going to Texas, he decided he’d take some supplies with him to help the flood relief efforts.

His employer, N’Tune Car Stereo, immediately volunteered the use of a 24-foot trailer. He planned to load it and his truck and make the 1080-mile trip.

He put out a call on social media, to the Salisbury Post, and to WBTV. By Saturday, he had enough diapers, macaroni and cheese, toilet paper, paper towels, soup, dog food and more for four vehicles and three trailers.

After the original Post article ran last Tuesday, he worked his regular hours from 9:30 a.m. to 7 p.m., meeting folks before and after work to collect donated items.

Late Saturday afternoon, his co-workers at the N’Tune location on South Main Street — he works at the Lexington store — were putting away cases of water that wouldn’t fit on his trailer. Helms plans to send them soon with another group.

The couple planned to head home to Kannapolis for showers and a nap before hitting the road. They had a tight schedule, as both had to be back to work by today.

His mother-in-law, Nena Stillwell, and his brother-in-law, Kevin Turman, were taking a donated 24-foot Penske truck to Texas.

Mandi and Karl Boehm, a Salisbury Police Department officer, hauled a 12-foot U-Haul with their Yukon with the help of co-driver Boyce Lomax.

Boehm’s mother, Laurie Ridenhour, and her friend Joyce Nichols were hauling a 12-foot open trailer with their Dodge truck.

Helms was overwhelmed by the outpouring from friends and family in Rowan and Davidson counties — and beyond.

“When we got into this,” he said late Saturday, “this was a knee-jerk reaction to a very bad situation. The trip is not a big deal, and initially the logistics made sense. And then everybody just got behind it.”

As the week went on, Helms realized he’d need more and more help. He gives a lot of credit to his wife.

“I have an amazing spouse,” he said. “She supports me, even with my bad ideas, but this was a really good idea. I couldn’t be more appreciative of everyone.”

Helms’ goal was to arrive in Texas early Sunday afternoon, then head for home about midnight Monday. He didn’t quite make it. Caravanning took longer than he’d planned — some 22 hours.

By Monday evening, the Helmses — everybody returned home separately — were just coming into Georgia and hoped to get home about 4 a.m.

“We had a great trip,” Helms said. “No trouble at all. The closer we got to Houston, we started to see flooding. I’ve been making that trip for four years, and the water was higher than I’ve ever seen.”

Although there were reports of fuel shortages, they found diesel gas for less — $2.25 a gallon — than it is at home. The interstate, however, still had a lot of water, causing them to divert about two hours out of the way, following the coastline into Houston.

They first went to Eagle Heights Fellowship Church, where they saw about 100 people staying in a large, warehouse-type building. The church had just received a good donation over the weekend, so Reese and his group went on to First United Methodist Church in Anahuac, Texas.

Volunteers there had their vehicles unloaded in short order. And yes, Reese and his family did get to spend some time with his daughter, Cadence.

“Their neighborhood was one of the most horrific things I’ve ever seen,” he said.

Every house was affected, with ruined drywall, furniture and appliances piled everywhere. The Rowan County contingent also handed out some items in the neighborhood.

“Everybody was working together,” he noted. “They could have cleaned us out, but they weren’t selfish. They were just as nice as they could be.”

At the Methodist church, he, too, found grateful folks.

“You couldn’t ask for a better group of people.”

He also supplied some volunteer firefighters with T-shirts, coffee and money from the Kannapolis Fire Department.

“Everybody down there is in need,” he says. “Rebuilding is gonna happen, but it will just take a little time.”

But to go down and make an impact, he said, was worth the sacrifice of sleep and time.

Helms said the $1,900 raised by his GoFundMe campaign will be split between the two churches they visited.

“The support has just been mind-boggling,” Helms said. “I can’t believe this has happened.” 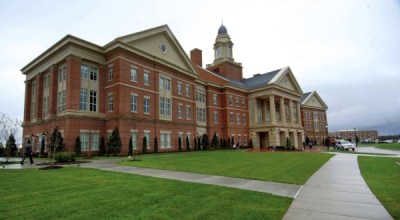