Local girl has opportunity to become a real fashion doll 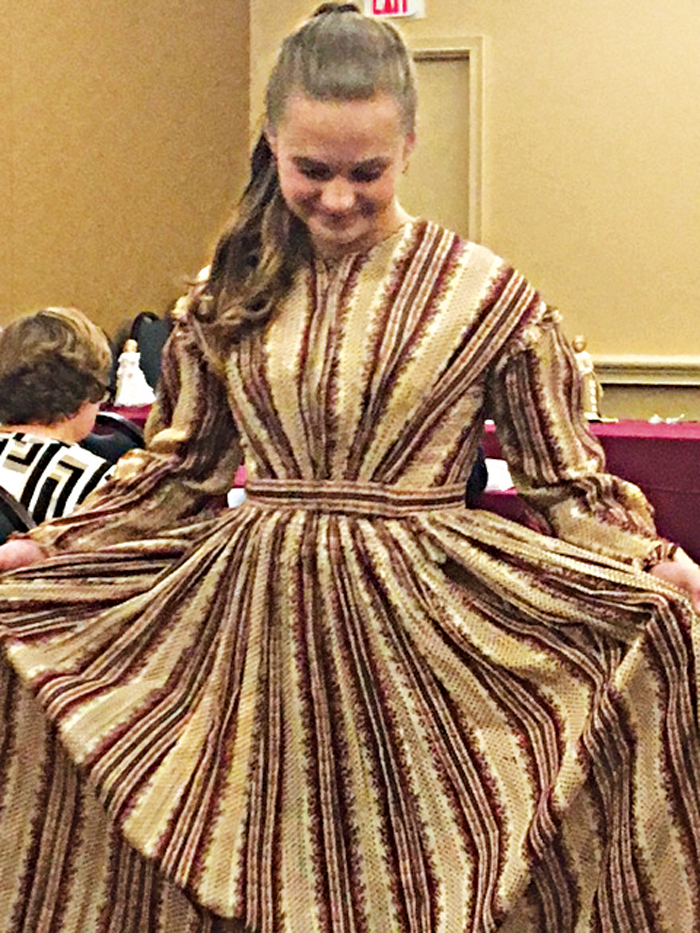 More than 180 inches of material were used in the construction of the dress, which was made by in the 1840s.

Fashion is something we deal with everyday however, it’s not often that someone would have an opportunity to wear a hand-made gown from the 1840s. At the “Ultimate Fashion” gathering during the 68th Annual United Federation of Doll Clubs (UFDC) Convention in Orlando, Florida, 13 year old Caroline Nance, from Salisbury, NC had that very rare and special opportunity.

Caroline, a UFDC Junior Collector, was attending convention when friend Robin Wyatt asked her to model the gown during the evening “Ultimate Fashion” gathering hosted by Alice Leveret and Kitty Tomisc. The “gathering” is designed to bring together convention attendees who have similar interests and this particular group enjoys sewing and high fashion, especially for the doll costumer.

Billye Harris, owner of Ashley’s Dolls, who has a long-time love of textiles, brought the dress to Convention. Approximately three years ago Billye picked up the one-of-a kind garment in New York City at an auction. She was immediately drawn to the dress because of its amazing construction which includes cartridge pleating, usually seen only in couture clothing as it is very labor intensive design. The gown’s printed voile material is sharp and the stripes and plaid detail are still very vibrant—even after surviving over 177 years.

When Caroline modeled the dress, the fullness of the skirt stood out as over 180 inches of material were used. Other outstanding features include piped neckline and sleeves and the hard whale baleen stays used in the construction. At the time the dress was made, whalebone was a popular and common material used for shaping clothing. Also known as baleen, whalebone is not a bone at all, but the keratinous material found around the upper jaws of baleen whales, used to filter plankton and krill.

Billye Harris knew she made the right decision to preserve the dress when she saw Caroline wearing it, “seeing the dress on really transformed it.” She feared that someone would cut up the dress if she sold it, so she donated it to Kitty Tomisc, a professional seamstress. Tomisc plans to use the dress for teaching purposes.

We are constantly being bombarded with new fashion ideas from music, videos, books, and television. Movies also have a big impact on what people wear. Sometimes a trend is world-wide.

For this one special evening, Caroline became a real Fashion doll dressed to reflect the fashion trends of the 1840s.

Civitans preparing to celebrate 100 years of service in Rowan 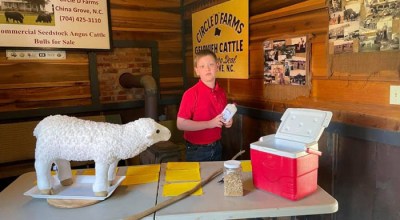