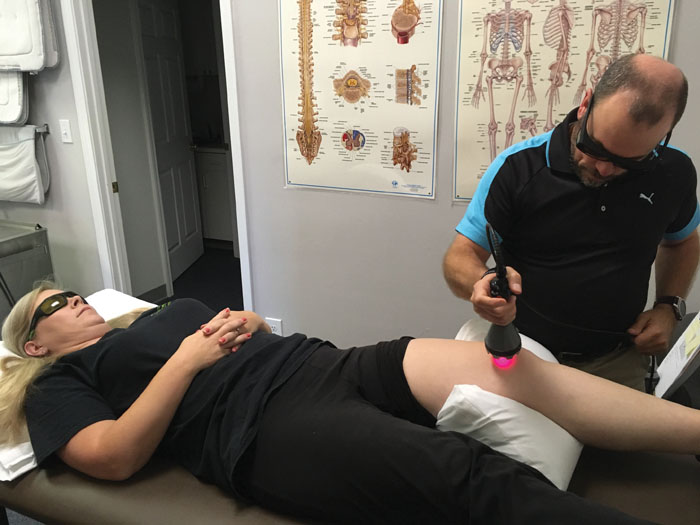 August had just a small dose of the agony and ecstasy of sport for Salisbury’s weight loss duo. Brooke Taylor, circulation supervisor for the Rowan Public Library, kept pushing and had another good month. August was also the month that demonstrated the ups and downs of almost every long term weight loss program. Such a program is a lot like running a marathon. No doubt, every mile along the way won’t be your best but the final result is what matters the most.

Vivian Koontz, special events coordinator for Salisbury Parks and Recreation, had a different sort of month and still gained a little ground while battling an achy knee. She got some special treatment during the last couple of days of the month and hopes to be back exercising soon. At month end, she’s out of everything but swimming.

Usually, I save the month end results until last but not this time. Both ladies have been at it eight months and have just four to go. Vivian is down 23 pounds for the year, most of that by May. She has exercised less during the summer, including her favorite spin classes at the Forum. She vows to get back on track once her puzzling knee injury has healed.

That knee got some special treatment on Tuesday and Wednesday at Fowler Physical Therapy where Dr. Delaine Fowler found the left knee slightly swollen. She measured the size of the offending knee, then addressed the range of motion. Next came a heat treatment, some exercises, an ultrasound and finally a squid compression treatment. All of that reduced the swelling to nearly the same size as the other knee. Vivian went home with instructions for exercises and then ice treatment. She returned on Wednesday to get a specialized laser treatment, something brand new to Fowler’s practice. The laser treatment helps reduce healing time, allows treatment of wider areas and can be used all over the body. It’s a hot laser that must keep moving over the treatment areas. After the treatment, Vivian reported more range of motion and hopes to continue that progress with several more treatments.

Brooke has her game rolling right now. She even joined friends, Joan Denaux and Donnie Smith, for regular early morning runs in the dark most weekdays and the results show it. Brooke also has put special emphasis on her diet by cutting down the junk, limiting portion size and eating more fruits and vegetables. She also grazes throughout the day rather than eating several large meals.

Just before leaving on vacation Wednesday, Brooke had her end of August weigh-in. With a last- minute trip to the bathroom that included cleaning some heavy mud off her shoe, Brooke weighed in with a total weight loss of exactly 40 pounds. Brooke was ecstatic, saying, “Nothing tastes as good as skinny feels! I used to be out of breath by walking up the steps at the library but now I can run up them and feel great.”

The recent cool weather has done wonders for everyone who exercises outdoors and the forecast looks good for late summer. Both women continue to chase goals that now focus on year end. Vivian wants to get back on track and reach at least 35 pounds lost by the end of the year. Brooke, buoyed by her recent success, wants 28 more for a net loss of 68 pounds. That’s going to be a stretch but easily made goals aren’t very rewarding.

To make these goals, real focus on both nutrition and exercise must be obtained. Vivian said, “I know that I am not expending the calories as I was. Until I can get back to regular exercise, I have to be more conscious of my intake. There is always room for improvement. I plan to get back into my spin classes once the knee is healed.”

Both women continue to communicate well with each other and are constantly offering encouragement. It’s time to make the year successful based on the goals that the ladies have set for themselves. I won’t ask for readjusted goals from this point on. They will go for 35 and 68 and if it works, then they’ll total 103 pounds lost between them. That team total will add fun!

See you back here at the end of September!