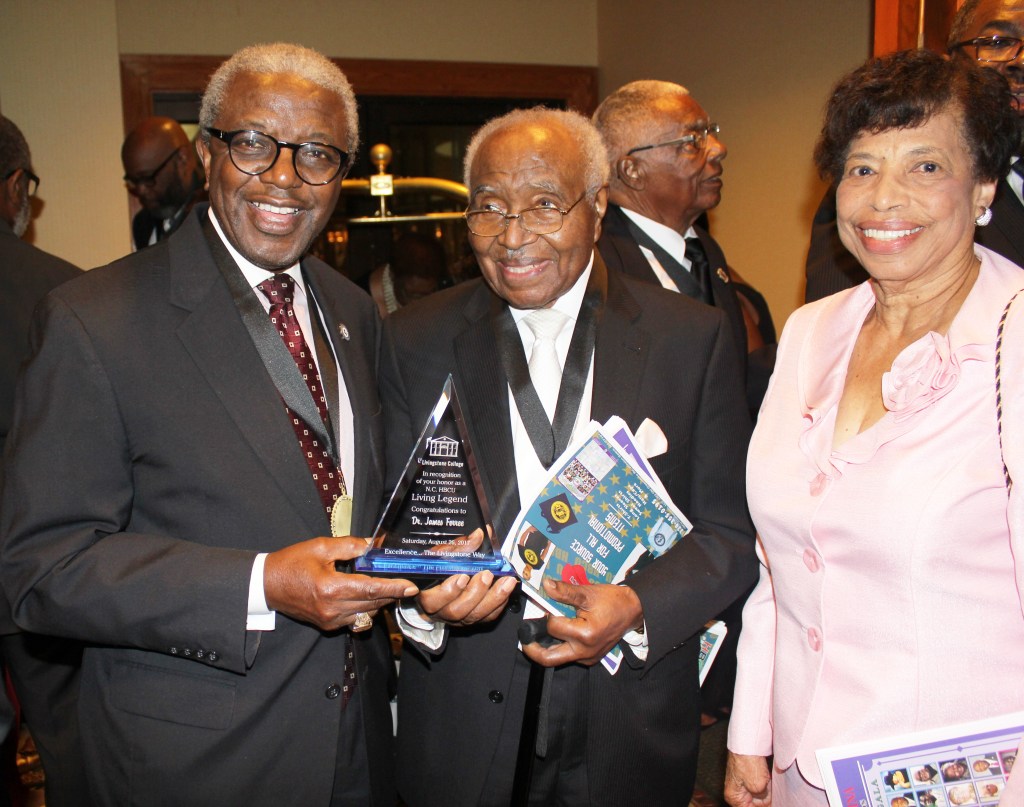 SALISBURY — It’s been said that legends are made, not born.

On Saturday, the Living Legends Scholarship Gala recognized 33 alumni from the state’s historically black colleges and universities as Living Legends at the Embassy Suites hotel in downtown Winston-Salem.

Among those honored were Livingstone College alumni Bishop George E. Battle Jr., senior bishop of the A.M.E. Zion Church and presiding prelate of the Piedmont Episcopal District as well as chairman of the Livingstone College board of trustees; James Walter Ferree, a United Methodist minister; and retired Army Brig. Gen. Velma Richardson.

“We are honoring 33 alumni who have transformed their educational experiences at their alma maters into personal milestones and open gateways for others,” said William and Vanessa Hairston, the organization’s founders.

For more than 152 years, the faculty, staff and administrators of North Carolina’s historically black colleges and universities have “fought to keep the doors open through challenges and political shenanigans,” said Annette Scippio. “We honor them tonight as Living Legends. They are examples of when life’s purpose matches up with their passion.”

Some facts were presented on historically black colleges, including that these institutions contribute more than $10.2 billion to the nation’s economy and serve more than 40,000 students. Yet their relevancy is questioned in the current political climate, speakers at the gala said.

“If ever there was a time we need HBCUs, the time is now,” said Larry Hall, secretary of the N.C. Department of Military and Veterans Affairs and an honorary co-chairman of the gala. “You can’t be what you can’t see. You see African-American role models at HBCUs, and that’s what these Living Legends are.”

Stinson said he was humbled by the recognition of being named a Living Legend.

“To God be the glory for this honor,” he said, quoting 1 Peter 5:6. “Humble yourselves therefore under the mighty hand of God, that he may exalt you in due time.”

“Those are the words that I live by,” Stinson said. “This is more than a job; it’s a testimony.”

Stinson has served as Livingstone’s men’s basketball coach since 2004. Under his leadership, the college won back-to-back CIAA basketball championships in 2014 and 2015 and boasted having the highest GPA in the CIAA for a men’s squad.

Battle, who was elected bishop in 1992, is a member of the Boy Scouts advisory board and the Billy Graham Evangelistic Association board. He also serves on the board of trustees of Hood Theological Seminary and on the board of directors for Carolinas Healthcare System.

Ferree retired in 1995 as a church administrator but has remained active, having served as director of ethnic church development for the Western N.C. Conference of the United Methodist Church and as pastor of Simpson-Gillespie Church in Charlotte. He served on the board of trustees for Lake Junaluska and Pfeiffer College. He received an honorary doctorate from High Point University.

Richardson retired from active duty in 2003. She is one of only 10 black women to have earned the rank of brigadier general on active duty in the United States and was the senior African-American woman in the Army at her retirement.

Each honoree received a medallion from the organization. Livingstone College presented them with an additional award.

Battle and Richardson were unable to attend the program. Jenkins accepted the award on behalf of Battle.

“It was a great evening in not only honoring Living Legends of HBCUs but in also highlighting the importance of these institutions,” Jenkins said. “I am extremely proud of the achievements of Livingstone College’s Living Legends.”