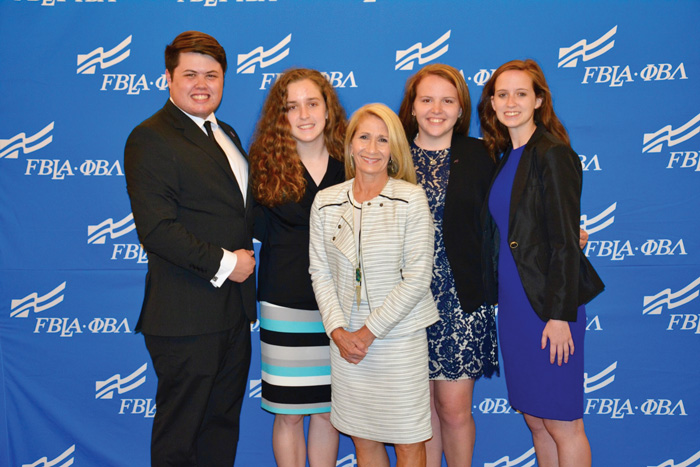 SALISBURY — Catawba College students have proven once again that they are among the top business students in the nation.

All four Catawba students attending the June 24-27 conference made it to the final rounds in their respective categories. They were among about 2,000 students from virtually all states participating in the conference, which included competitions and workshops.

The four students who qualified for the national competitions had placed at the N.C. State Phi Beta Lambda Conference in Charlotte in April.

Pamela Thompson, the faculty adviser and associate professor of business and information systems, accompanied the students to Anaheim, where they had the opportunity to network and attend leadership and career workshops. Thompson also served as a judge at the conference.

While in California, the students also toured Los Angeles and had a networking opportunity at DisneyWorld. YouTube’s annual VidCon event was held at the conference hotel, and students also had the opportunity to interact with national vloggers who were attending the VidCon professional conference.

“The opportunity to travel to national conferences and compete with Phi Beta Lambda allows our students to grow as future business professionals — connecting classroom theory with experiential learning” said Thompson. “To have each student make it to the final round of competition in their respective events and win national awards is amazing as there were thousands of students representing business schools from colleges and universities all over America in attendance. Participation in PBL allows our students to grow both professionally and personally.”

The Catawba College Phi Beta Lambda chapter is the second-largest in the state.

‘Wonderful Wednesday:’ School year off to a good start