A grateful son says parents have the best neighbors 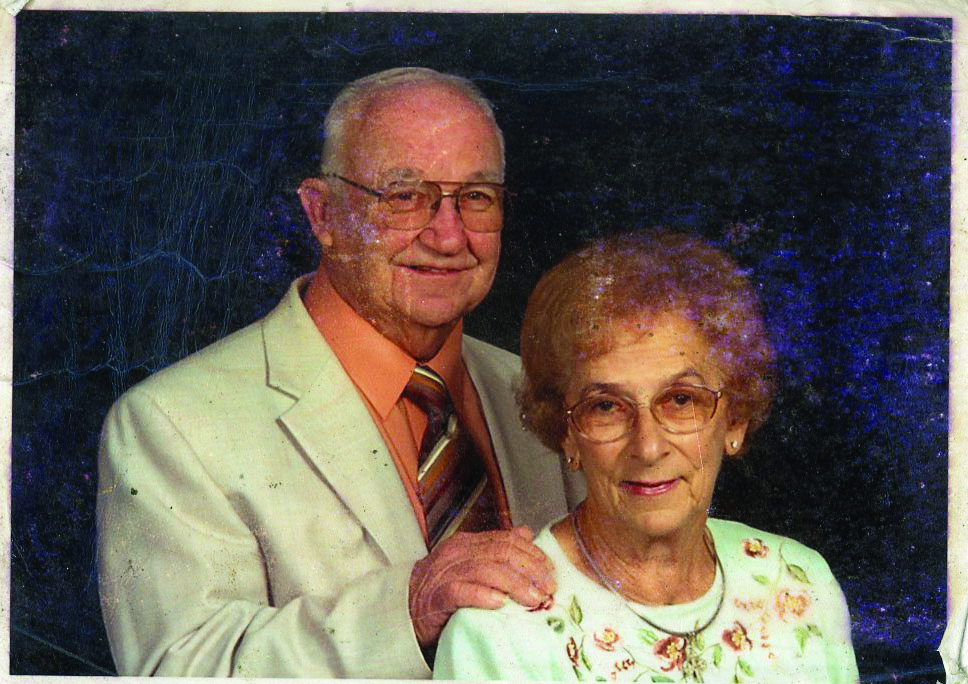 Tony Albright carries this photo of his parents, James and Ruth Albright, in his wallet.

SALISBURY — Tony Albright has lived in Maiden for about 20 years, but the East Rowan graduate’s heart is still in Rowan County in at least two important ways — his parents, James and Ruth Albright.

Last week, he came to realize what a blessing his parents have in their neighbors on Stone Road.

On Aug. 23, a 911 dispatcher in Rowan County notified Tony that an emergency call had come in from his dad. Tony’s mother had taken a spill at their house, and emergency responders were on the way.

She had fallen on the steps from the house into the garage, Tony said, and landed on her head.

Tony’s dad could not get her up, and he had trouble raising his arms high enough to open the garage door. But neighbors and first responders soon were on the scene to help. “The neighborhood was lit up like the Fourth of July in Faith,” Tony says he’s been told.

His mother would need stitches and treatment for bleeding on the brain, and she wound up in Novant Health Forsyth Medical Center for several days, he says. She returned home Monday and is fine now.

“The gist of it is,” Tony said during a visit to the Post, getting a little choked up, “I’ve never seen a community come together like this.”

Neighbors did everything from send his mother flowers to ask if they could do anything to help, Tony says. The people who live around his parents on the stretch of Stone Road from U.S. 52 to the railroad tracks really look out for each other, he realizes.

Tony’s parents have lived in that neighborhood about 53 years, and he remembers growing up there. “You could trick-or-treat all night long.” Back then, there was enough open space for playing ball with friends.

The open space is gone, but the care for one another is as strong as ever. Neighbors have helped his dad get his lawn mower out of the ditch and helped his mother when she fell on the ice as she went to get the mail and the Salisbury Post.

If a strange vehicle turns into the driveway, they’ll call to see what’s up. And if they don’t see Tony’s mom go out to get the paper, his dad’s likely to get a call from someone asking how Ruth is.

You don’t find that kind of neighborly concern much any more, Tony says.

“My mom and dad are blessed. The whole community’s just amazing. I think they need a little pat on the back.”

Tony was especially touched by what happened when he and his dad brought his mother home from the hospital.

“The first person that came down was a 13-year-old boy from three doors down. He said they were his grandparents,” even though he’s not related to the Albrights at all. The teen helped them carry in food and other stuff from the car.

He ends the conversation with two points.

First, the whole experience has reminded him how precious life is. Everyone who has parents needs to go see them while they can, he says.

Second, he wants to underscore his gratitude one more time. “Thank you from the bottom of my heart to the community for all they do and mean to my parents,” Tony says. “This community is phenomenal.”