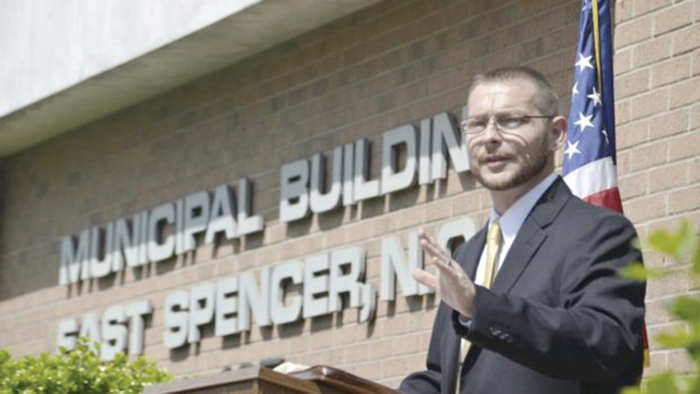 “With so much division and discord within our city and around our nation, we need to unite in prayer,” Brown says.

“Anyone with a heart full of prayer, please come join us,” he says

“There is a big void between law enforcement and the public,” says Brown. “Not all of the public cares about what first responders and law enforcement experience daily. But we’re asking for those who do care to come out and pray. Let’s help remind these service men and women that there are those who care for them and the work that they do day in and day out.”

Brown says that recent violence and a string of shootings is disheartening.

“Since we began planning this prayer event, there have been 12 reported overdoses in the area,” he said. “Federal regulations that we desperately needed on prescription painkillers have caused the streets to be flooded with a cheaper, easier way to get high in the form of heroin.”

“It’s a tool of division and separation” Brown says about drug use and addiction. “It will separate you from family, jobs, friends, possessions and, worst of all, hope.

Brown says his own experience with addiction and recovery helps him empathize with others who are affected by drug abuse.

“It’s not something that I hide,” says Brown. “It’s a work that God has done in my life, and we shouldn’t hide things like that.

“Total absence of hope — that’s what I felt,” says Brown. “I remember standing in line at the methadone clinic and being addicted to painkillers. I cried in pain and felt there’s no other choice except to continue getting high. Life’s meaning is sucked away from you. … I know what it feels like.”

Brown says many of his friends have overdosed and died.

“Prayer is intentionally inviting God into our situation — whatever we’re praying about,” he says. “It’s putting our trust and faith in God, and it’s us admitting that we cannot fix it, or ourselves, without God. It’s humbling.”

Brown is minister at Providence Baptist Church and can be reached at mark56ministries@yahoo.com.