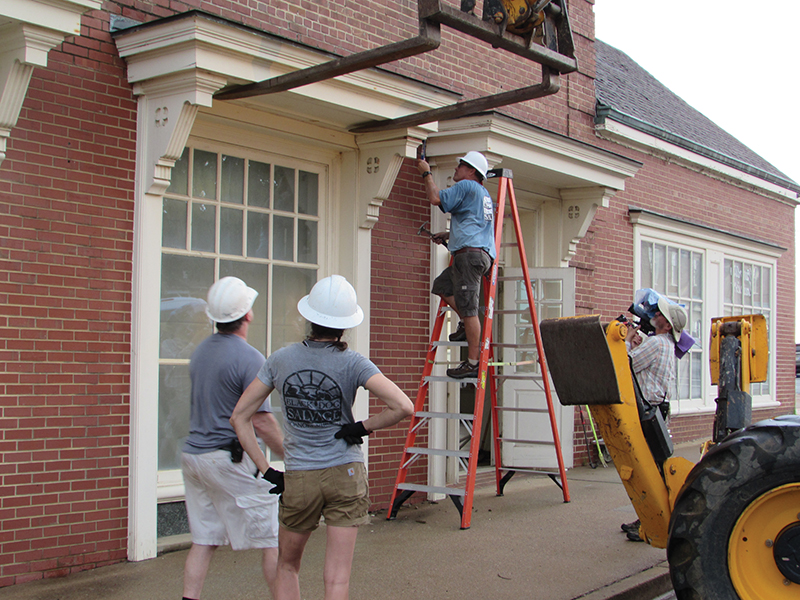 Submitted photo - The TV show Salvage Dogs filmed in Kannapolis last week. The episode will premiere next year on the DIY Network.

KANNAPOLIS — The TV show “Salvage Dawgs” will feature the city’s downtown as part of an upcoming episode.

The TV show, which is on the DIY Network, filmed the episode in Kannapolis last week. It is scheduled to premiere in May.

The show’s premise is that salvage crews take items that are going to be discarded and turn them into furniture, art or other useful items. The show is focused on being environmentally sustainable and preserving history, a news release said.

Mike Whiteside, one of the show’s hosts, is from Charlotte. Familiar with the history of Kannapolis, Whiteside contacted the city after hearing about efforts to revitalize downtown and demolish buildings, the news release said.

“They wanted to film an episode about our Downtown Revitalization Plan and preserve items that had no historical value to us or that we had no use for,” said Annette Privette Keller, the city’s communications director. “It is a great opportunity for us to have 30 minutes on prime-time television to tell our story.”

The crew salvaged items including the cupola from the old police headquarters and architectural items such as the corbels from the former K-Town Furniture.

“We’re pleased that they are going to take these items and find a new life and new home for them. We look forward to seeing how they repurpose them,” Keller said.