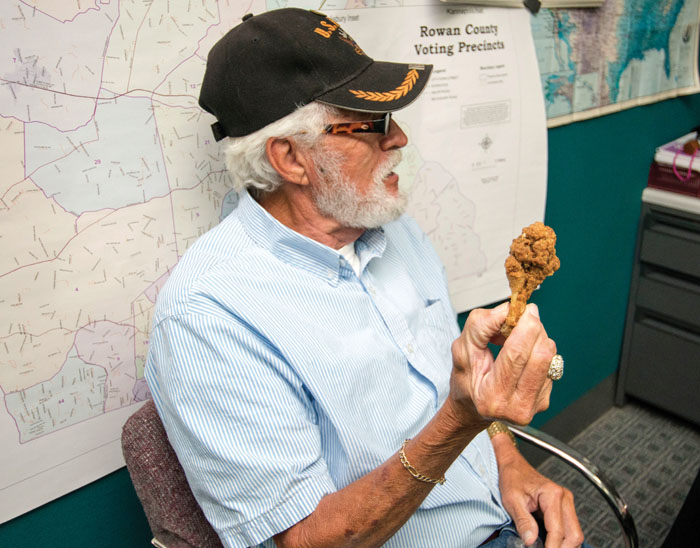 Bobby Clawson, from Salisbury, was visiting a KFC restaurant in Memphis, Tennessee, recently when he discovered what appears to be human face in on one of his three chicken legs that he received as a meal. Jon C. Lakey/Salisbury Post

SALISBURY — Bobby Clawson of Salisbury was about to bite into his third piece of fried chicken at a Memphis KFC restaurant Sunday when he noticed something.

One side of the drumstick looked like a man’s face.

“I woulda eaten it but I got to looking at it,” said Clawson, who turns 75 today. He saw two eyes, a nose and a mouth.

He pointed it out to girlfriend Marjorie Emery, who was with him. They had gone to Memphis to take in a three-day Elvis impersonator contest.

Rather than eat the drumstick, Clawson decided to save it to share with readers of the Salisbury Post.