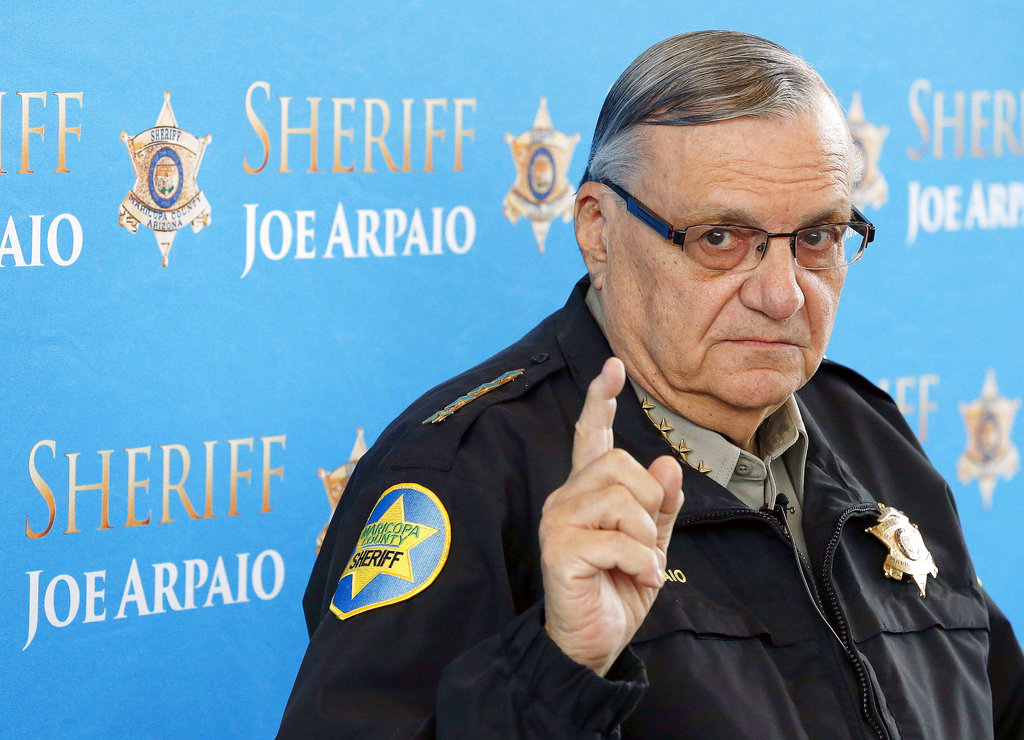 Last Sunday morning on ABC’s “This Week,” I’ll bet George Stephanopoulos was more livid than a caged mongoose in a snake den. He covered Hurricane Harvey — a top five all-time U.S. catastrophe — for 10 minutes, and the next 50 bashing President Trump, specifically for the pardon of Sheriff Joe Arpaio. The gall of that storm cutting into ABC’s weekly Trump bashing hour. Seriously, is nothing sacred?

Arpaio put his life on the line for U.S. for over half a century. Then Obama hounds him into a courtroom for arresting Democratic-voting criminals. An Obama-worshiping heathen judge claims contempt when Arpaio refuses to stop enforcing federal and state law.

Arpaio is the face of pure law enforcement, something tens of millions of us — along with President Trump — can clearly see. I once saw an interview of many of Arpaio’s prisoners in their “cozy” tents. The interviewer asked how many of them wanted to come back there after release. They voted no unanimously!

Silly me, I thought breaking dogs from sucking eggs was the whole idea of the punishment. By January of this year, Obama had commuted sentences of 1,700 criminals, releasing people like Oscar Lopez, founder and leader of the terrorist group FALN that, according to Politico, is the “most deadly, organized, active, well trained group in the U.S.” Want to know how much coverage that travesty received from the hypocritical news media? Guess! Right!

Cabarrus and Rowan counties are unbelievably blessed with great law enforcement. During 47 years of military and traveling, I can honestly say that I’ll stack our police and sheriffs’ departments up against any, anywhere. The exceptional quality of our brave leaders and officers are exactly why honest citizens can comfortably lay their heads down at night in peace . Thank them.