NC, Texas compete for US title today at LLWS 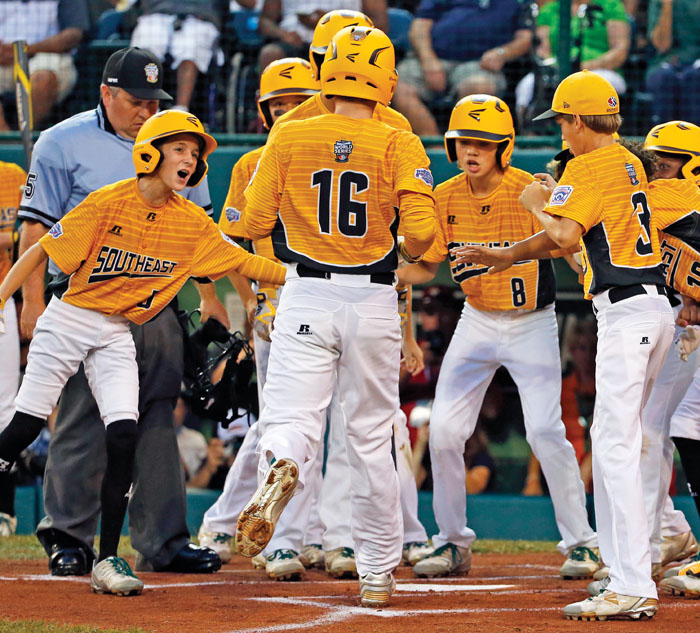 SOUTH WILLIAMSPORT, Pa. (AP) — It may have been the best game at the Little League World Series so far. Greenville, North Carolina, and Lufkin, Texas, played into extra innings on Wednesday in a thriller that ended with 2-1, walkoff Greenville victory.

The two teams will meet again on Saturday, this time with a berth in the championship game on the line. The winner faces the victor of the international championship being played Saturday between Mexico and Japan.

STORY SO FAR: Dominant is an understatement when describing Greenville’s pitching. In three games, the pitching staff has allowed only one hit and one run in 18 innings.

Hard-throwing Matthew Matthijs has led the charge on the mound for the Southeast region champs. He has racked up 20 strikeouts in nine innings on the mound in the tournament. Matthijs struck out 11 batters in a row the first time these two teams met.

Lufkin, on the other hand, has shown the world how much they love the long ball. The Southwest regional winner has cracked seven home runs and scored 26 runs in four games at the LLWS.

Four different players have hit home runs and 11 of Lufkin’s 13 players have scored at least one run in the tournament.

WHO TO WATCH: Carson Hardee leads Greenville in RBIs (six), runs scored (five) and home runs (two). He hit a homer in the first inning of Wednesday’s game against Lufkin.

Hardee has five hits in nine at-bats in the LLWS and is slugging 1.222. Look for him to be the offensive catalyst for his team.

For Lufkin, Collin Ross has been one of the scariest matchups for any pitcher in the tournament.

Ross has hit three home runs and racked up six RBIs at the LLWS.

DID YOU KNOW?: Greenville began the tournament with a perfect game and a no-hitter back to back. It’s the first team in U.S. history to throw two consecutive no-hitters at the LLWS.

Lufkin manager Bud Maddux has been coaching youth baseball for 41 years and has led his teams to 10 championships at various levels. This year is his first appearance at the LLWS.

Jack Dougherty is a journalism student at Penn State. Penn State is partnering with The Associated Press to supplement coverage of the 2017 Little League World Series.