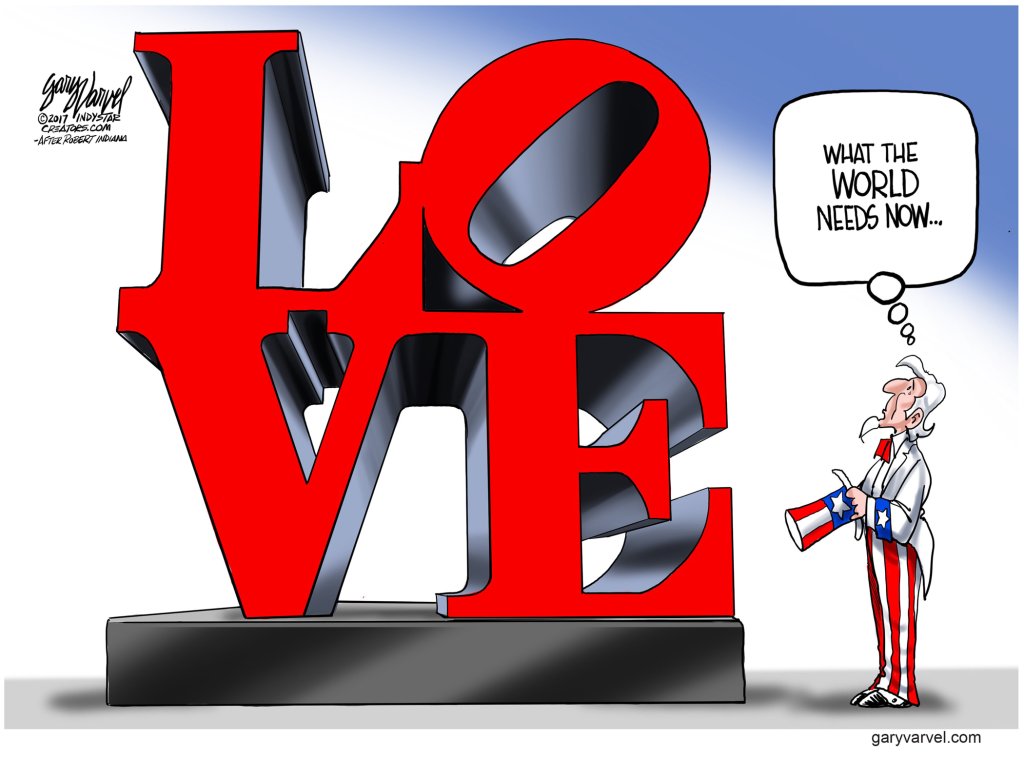 … Elizabeth Cook: A time for calm on monument

I’m from Salisbury and have direct ancestors that fought for the South in the Civil War. This is a issue worth discussing rationally. It’s not as simple as saying all Confederate monuments should go. Some should. This one in Salisbury probably shouldn’t.

The inscriptions on most of those monuments are completely false and put up by organizations who were trying to rewrite history.

People are spoiled and want things their way.

It is a beautiful piece of art. When I look at this statue it reminds me of all the lives that were lost, on both sides. We need to remember that and not let anything tear us apart again.

Can the base be changed into something multicolored that reads something like:

“Once she stood here a monument of our dark past. A time when men owned and oppressed other men. We can never, will never, should never forget that time. This is now a monument to forgiveness. As an angel carries a soldier to his maker, though he killed, to be forgiven, let us try to forgive our ancestors for their crimes, but never forget.”

People need to learn history. Blacks served in the Confederate Army and owned slaves. Leave our history and monuments alone and let it be judged on its merits. …

ISIS is destroying centuries of artifacts and churches in an attempt to erase Christian history. We must preserve all of our history and our monuments lest we forget the bad and repeat it, or the good that we can be proud of.

It may remind you of lives lost on both sides, but the inscriptions clearly state the opposite. The men being honored are those who fought against the United States of America. I agree that it is a beautiful statue, but the message is still glorying a racist and hate-filled past.

A good compromise might be to create a new base for Fame that does in fact honor all veterans of all U.S. wars. That way our city can keep this as a piece of art, but get rid of the ugly past that it represents.

Over 700,000 people died in the Civil War —  North, South, black and white. This monument is symbolic of loss during a dark time in history. This fallen soldier was someone’s son, perhaps a husband and a father.

Fame is not just a Confederate statue but part of Salisbury’s history. Let it stand!

I can see that a statue glorifying a general whose only claim to fame is having massacred a troop of soldiers based on color should not have space in a public square and should be moved to a historical park. But I do not agree with removing monuments that honor the fallen.

… Should we pull down the monuments to the U.S. soldiers that fought in Korea and Vietnam? After all, we did not win those wars and … (people) might find it offensive.

It’s sad that other countries are getting bombed, murdered, enslaved, their women and being raped. … But in America we have freedom, money and power. We have a military and police force that protect us. Still we somehow fight against each other. It’s 2017. It’s time to end all hate groups off all sides.

Well said. I pray that we can move forward in love and peace. I don’t want to see another Charlottesville or Durham. We are better than that. Let’s come to the table together.

Fame doesn’t glorify an aristocrat on horseback who fought for chattel slavery for profit. It honors the poor souls who were tricked or forced to fight on foot for an institution that corrupted their best interests.

Let’s think about Fame’s true meaning instead of allowing passion to distract us from achieving our mutual interests.

And then, there’s our own personal history for which the statue served as a backdrop. I passed it as a child, when my father took me to College Barber Shop to have my hair cut by John. I passed it when we went to Spence Hatley’s Music Mart and Bunker’s Book Shop. I saw it when coming out of the Capitol Theatre. My father’s funeral procession passed it on the way from Summersetts to the cemetery of Saint Paul’s Lutheran Church. …

Regardless of the inscription chiseled upon its base, just the sight of the statue itself is inscribed in the hearts and minds of many native residents of Salisbury and Rowan County.

That gets at the real issue. It’s personal for people. I pass it every day and have most days for 61 years. We’re attached to those things that are familiar. … But sometimes we need to think as a collective about the future. We’re not so good at doing that.

What if the Fame monument were moved to the Square along with a new monument complementing it of an angel holding up a slain Dr. Martin Luther King Jr., with an overall inscription, “How many deaths will it take ’til we know that too many people have died?”

Leave it — show the world we are not like everyone else. To quickly jump on the band wagon and start bending to demands of a few … shows weakness. They didn’t do it during that time; don’t start doing it now.  … Do not let our city of Salisbury get wrapped up in the nonsense. Stand strong as people, like the statue stands strong. Let’s keep it up.

Maybe another monument honoring the civil rights movement could be built. We could give more recognition of the rich history of the African American contributions here in the South.

Many don’t know that the road over there at the courthouse (on Liberty Street) is patterned after an African quilt to honor African-American graves in the cemetery there on North Church Street. Let’s educate our city and honor all our citizens.

“Every record has been destroyed or falsified, every book rewritten, every picture has been repainted, every statue and street building has been renamed, every date has been altered. And the process is continuing day by day and minute by minute. History has stopped. Nothing exists except an endless present in which the Party is always right.”

“Our new government is founded upon exactly the opposite idea; its foundations are laid, its corner-stone rests, upon the great truth that the Negro is not equal to the white man; that slavery subordination to the superior race is his natural and normal condition. This, our new government, is the first, in the history of the world, based upon this great physical, philosophical, and moral truth.”

… Editorial: Police step up the pressure

What has changed? People are talking. Of two of the most recent murders, I personally saw social media postings calling out the suspect by name. Within hours (or a day or two at most), the police had named the same suspect and then eventually an arrest warrant.

My hat goes off to those people who no longer feel intimidated or scared to say something.

Earlier this summer I spoke with Rep. Carl Ford and Sen. Tom McInnis on this subject and asked when we would have independently drawn districts. The people of Iowa made this switch a short time back. They each said they didn’t know how to do that. I don’t think either of them has asked for help from Iowa.

I said I don’t think it’s possible to do, because I don’t believe that nonpartisan boards and commissions exist. They do, obviously, in name only.

The reason that these districts are heavy Republican is that Rowan is mostly Republican at the ballot box. …

P.S. The maps have been drawn by the party in control for decades and now we want a non partisan board.

Faster internet speeds make a difference. But as we’ve seen locally, the expansion of broadband internet service comes with such crushing debt that even the largest municipality in our region is unable to expand into neighboring towns because of costs.

What affordable measures could be taken to make a difference locally, particularly when there is healthy competition among the existing internet providers?

Ms. Carolyn Logan has been allowed to speak many, many times at City Council meetings. Public comments are meant to discuss public business, not the personal grievances she has with individual council members.

The mayor would have been well served to better explain why she was ruling the speaker out of order, but Ms. Logan and the entire council well remember the many times that Ms. Logan has used public comment periods to bash the council members. I don’t blame the council for growing very tired of this poor use of public time.

In my opinion, Ms. Logan should run for City Council if she wants to have an impact. She is not a particularly good advocate for her point of view at this point.

It appears that the mayor acted out of frustration, but I can understand why. If the mayor feels that she should apologize personally to Ms Logan, that would be appropriate. Ms Logan certainly has a right to speak during public comment, but stop the constant badgering of the mayor and other council members. Try offering something constructive.

Totally agree with a citizen’s right to speak out for democracy. That is a constitutional right. And no one is fighting any harder to preserve our personal freedoms than I am. But attention needs to be paid to the root issue of this problem.

I am sure counseling has been involved to make certain members of City Council look improper. I also realize there are vendettas being served. Maybe past disputes between incumbents and candidates for this office are at play. I have my thoughts and I ask you all to think about this for a bit. It is back-room politics.

Liberal? No. Though I’m sure there are many liberals there — in fact, students of all political and religious leanings. How else can we learn from one another if we don’t work, play and worship across the social and political spectrum?

… Fighting the opioid crisis in Rowan County — from pills to heroin

I cried so hard reading over both stories, I had to go take a drink before I came back to finish. We all, so many, have been through this and know exactly to the bone what they both are saying.

Capstone is an amazing home that God works miracles through. I’ve seen them firsthand with my daughter. Miriam and Oscar Ramirez have given their lives to this ministry. May God bless them richly.

Thank you for sharing your personal stories. So very helpful in understanding this problem. May God continue to bless you and give you strength.

… Cheap and available, heroin takes a deadly toll in Rowan

These folks using this drug have to have syringes, and years ago regulations where changed where anyone any age can walk in a drug store and buy 10 at a time with no questions asked. So much for the war on drugs.

Most drug use exploding today (aka recreational) is nothing more than modern day Russian Roulette, where society is being taught no accountability for anything regarding themselves, including their own lives.