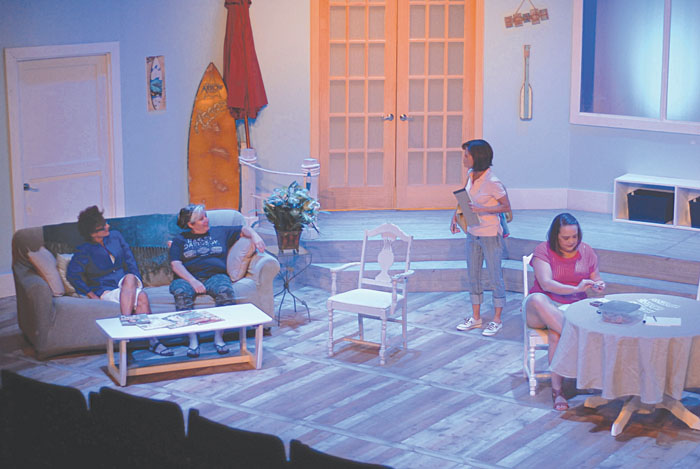 We’re celebrating the opening of Season 10 with a trip to the Outer Banks alongside the cast of “The Dixie Swim Club” this month. Kindra Steenerson Cline directs this hilarious tale of heartfelt friendships, guiding five best friends through all of life’s challenges and surprises.

Five unforgettable women, free from husbands, kids and jobs, meet at the same beach cottage on North Carolina’s Outer Banks to catch up, laugh and meddle in each other’s lives over a period of 33 years. As their lives unfold and the years pass, these women increasingly rely on one another, through advice and raucous repartee, to get through the challenges that life flings at them with the strength and love that takes this comedy in a poignant and surprising direction.

Director Kindra Steenerson Cline describes the play further: “‘The Dixie Swim Club’ is collection of southern female archetypes that is in turn hilarious and relatable. As a director of a certain age, I leapt at the opportunity to work with five other women of a certain age in a piece that showcases each of them in equal measure. A true ensemble piece, this comedy is a rarity in that the focus is on mid-life to end-of-life relationships between women who’ve known, and supported, each other since college.”