Other Voices: Monuments vs. artifacts 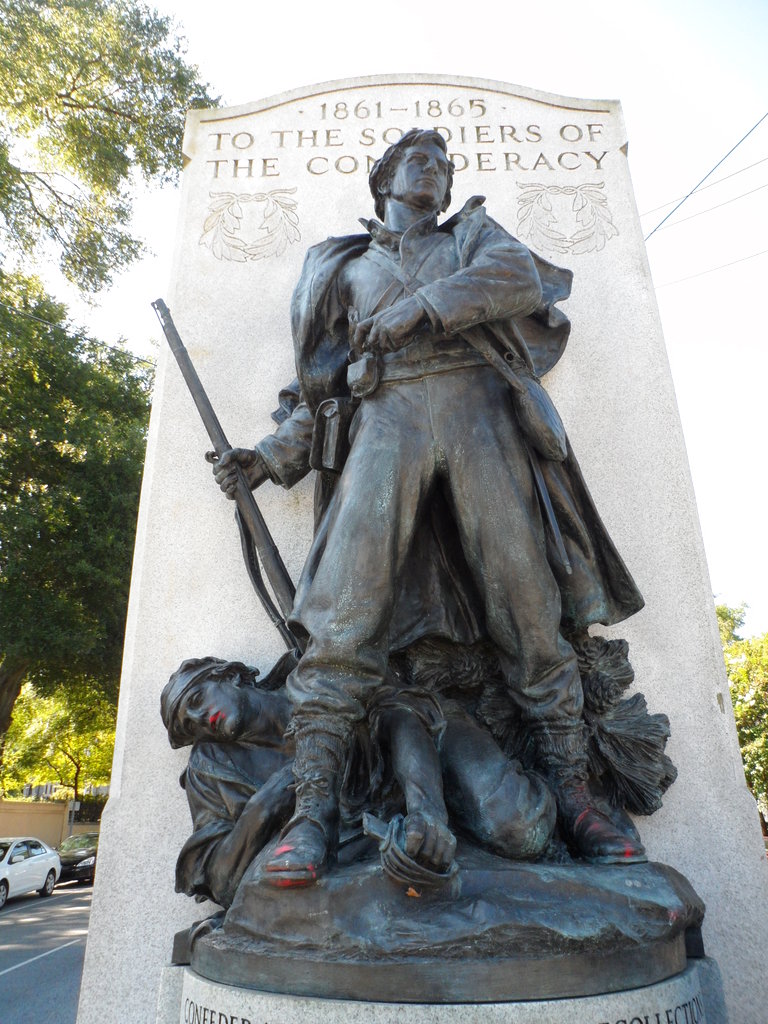 Red paint is visible on the George Davis monument in Wilmington. (Julian March/The Star-News via AP)

We preface this by condemning the vandalism of Confederate monuments in Wilmington, Durham and elsewhere. Vigilantism undermines the very values of justice we hope people are supporting. As the Raleigh News & Observer said in an editorial: “There are sound reasons to seek the removal of Confederate symbols, but violence and vandalism is not the way.”

A common complaint from those opposing the removal of monuments is that history is being erased. That’s why it’s important to make distinctions; and Wilmington provides good examples.

The area’s biggest Confederate presence is the Fort Fisher State Historic Site. In fact, with 830,000 visitors, it was the second-most-visited tourist attraction in the state last year, trailing only the Museum of Natural Sciences in Raleigh.

The site explores in depth the fort’s important role in the Civil War. There are plenty of Confederate artifacts and symbols on display, and the history should be preserved and displayed. We’ve heard no call to close the museum. In fact, it is undergoing a major expansion that will enable it to better carry out that mission. Someone wanting to close Fort Fisher because of its subject matter would indeed be trying to erase history.

Contrast that with the statue of George Davis at Third and Market streets. It is not a Civil War relic. It was erected in 1910 by the United Daughters of the Confederacy, not to mark Civil War history, but to glorify the attorney general of the Confederate States of America.

And that is the important distinction — Fort Fisher exists to preserve and tell an important part of our history. The Davis statue — like many others — was erected in the “Lost Cause” era, not to educate, but to show that the city held Davis and his cause in high esteem.

Writing in Foreign Policy, historian Paul Cooper notes that the Confederate statues erected in the early 20th century — the same time Jim Crow laws were being codified — “were designed with a specific effect in mind: to celebrate the cause of white supremacy in the United States and to shore up support for the relegation of black Americans to the status of second-class citizens.”

That is a dramatically different purpose than Fort Fisher — the site of two major Civil War battles — or any other place or monument with a mission of preserving history. Perhaps one way forward would be to leave the monuments in place, but add to the sites, putting them in context, and transforming them into true historic places.

We are not calling for the George Davis statue — or any other monument — to be removed. We are, however, urging that any debate be honest, civil and informed. And that means understanding the difference between celebratory monuments and objective historic artifacts.

It is an essential distinction.

Editorial: Police step up the pressure