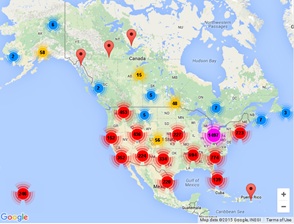 The Better Business Bureau has an online scam tracker.

Everyone has a cause they care about. And with more than 1.2 million charitable organizations to choose from, finding one aligned with your values can be deeply rewarding. While the vast majority of soliciting charities act responsibly and deserve your support, Americans must remember that not all organizations are created equal.

Case in point: In 2015, the Federal Trade Commission, all 50 states and the District of Columbia, charged four sham cancer charities with bilking donors of $187 million over a five-year period. These charity operators spent a significant portion of the money on personal expenses such as Caribbean cruises, college tuition, and trips to Disney World for themselves and their healthy families. And they hired fundraisers who often received 85 percent or more of collected funds.

Scams have common signs. If a charity solicits you, ask specific questions to get details; be on guard against aggressive fundraising tactics; and be cautious if they try tugging at your heartstrings. Above all, check them out using a charity evaluator, such as BBB’s Give.org, which helps donors decide which charities to trust.

When you’re donating, do it with peace of mind by taking the time to check out the charity first. It just might make all the difference.