Austin to lead Hornets by playing both ways 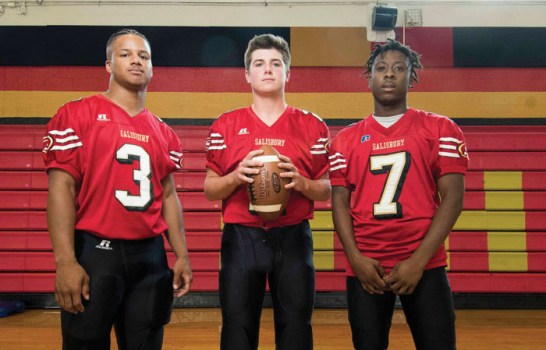 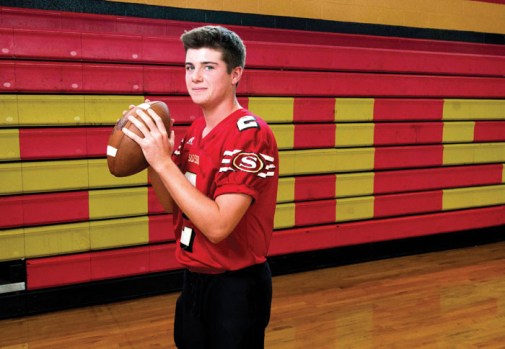 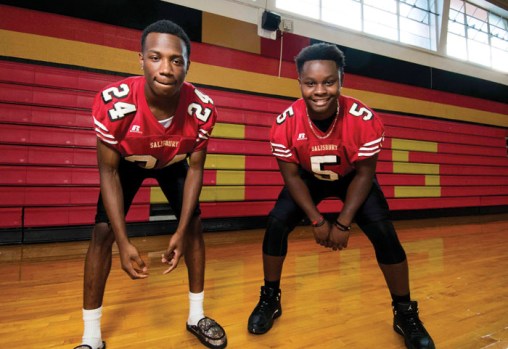 SALISBURY — If you’ve never heard of Nick Austin, you’re about to be introduced.

The Salisbury senior is the two-way bruiser who hopes to lead the Hornets out of the wilderness and back into the 2A state playoffs this season.

“This is it, our senior class,” Austin said following a recent practice. “This is our chance to make our mark. I feel like I have a full-time part in it, and full-fledged opportunity.”

Learn Austin’s name now. As a hard-nosed, North-South running back and a dirt-eating inside linebacker, he won’t be team’s best-kept-secret much longer.

“He’s one of those Swiss-army-knife guys who does everything well,” crowed new SHS coach Brian Hinson. “Last year, he was a defensive end in a four-man front, because he’s so strong. But his speed is what makes him a true inside linebacker. That’s why we’ve moved him there. It’s the right spot for him.”

The switch to a 3-4 is expected to help Salisbury restore a defense that yielded nearly 200 yards rushing per game in 2016. Predictably, the Hornets finished well short of expectations.

“It’s just reading gaps,” the 5-foot-10, 200-pounder said with a shrug. “I’m reading linemen all the time. They’ll tell you if its a run or if it’s a pass. The thing is, if you beat the linebacker, you get everywhere. So for me, the mentality is don’t get beat.”

Austin’s also benefited from the coaching change on Lincolnton Road. Hinson — a former all-American lineman at Catawba — and assistant coach Taylor Fender — Catawba’s starting center through 2013 — have spent many billable hours working with him.

“It’s the best coaching I’ve had since I got to high school,” Austin said. “They’re not allowing (negative) things to happen. You can’t get anything by them. I like their decisiveness. They came in and said they wanted to improve the line of scrimmage and that’s exactly what they’ve done.”

Austin, a varsity wrestler who won the CCC 170-pound championship last winter, will also play an important role in Salisbury’s split-back veer offense. In part-time duty last season, he ran for 219 yards and four touchdowns, including two in a season-opening rout of South Rowan. He also snagged an 83-yard TD pass in a season-ending loss against North Rowan.

“He’s physically strong enough and fast enough to play both positions.” Hinson said. “His straight-line speed is there. But he’s more valuable to us on the defensive side of the ball because he’s a vocal leader. He’ll get people lined up right. No matter what, we plan to take full advantage of his speed and power.”

With a great SAT score in his back pocket, Austin likely will get a chance to play collegiate football. “It shouldn’t be a problem,” said Hinson. “It depends on how well he takes coaching, how well he studies and how well he prepares.”

The little signs are already there.

“It’s my time to shine,” he said with a broad smile. “That’s what the coaches keep telling me. (Defensive coach) Bryan Withers took me aside and said, ‘You’re a senior. This team’s gonna go wherever you lead us.'”

That won’t be a secret for long.