New Orleans mayor: Remember the real story of our monuments 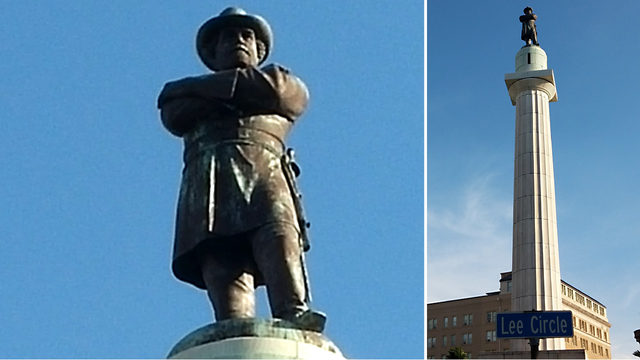 This is an excerpt from a speech given by New Orleans Mayor Mitch Landrieu in May, just hours before workers removed a statue of Confederate Gen. Robert E. Lee.

New Orleans is truly a city of many nations, a melting pot, a bubbling cauldron of many cultures.

There is no other place quite like it in the world that so eloquently exemplifies the uniquely American motto: e pluribus unum — out of many we are one.

But there are also other truths about our city that we must confront. New Orleans was America’s largest slave market: a port where hundreds of thousands of souls were brought, sold and shipped up the Mississippi River to lives of forced labor of misery of rape, of torture.

America was the place where nearly 4,000 of our fellow citizens were lynched, 540 alone in Louisiana; where the courts enshrined “separate but equal”; where Freedom riders coming to New Orleans were beaten to a bloody pulp.

So when people say to me that the monuments in question are history, well what I just described is real history as well, and it is the searing truth.

And it immediately begs the questions: why there are no slave ship monuments, no prominent markers on public land to remember the lynchings or the slave blocks; nothing to remember this long chapter of our lives; the pain, the sacrifice, the shame … all of it happening on the soil of New Orleans.

So for those self-appointed defenders of history and the monuments, they are eerily silent on what amounts to this historical malfeasance, a lie by omission.

There is a difference between remembrance of history and reverence of it. For America and New Orleans, it has been a long, winding road, marked by great tragedy and great triumph. But we cannot be afraid of our truth.

As President George W. Bush said at the dedication ceremony for the National Museum of African American History & Culture, “A great nation does not hide its history. It faces its flaws and corrects them.”

So today I want to speak about why we chose to remove these four monuments to the Lost Cause of the Confederacy, but also how and why this process can move us towards healing and understanding of each other.

So, let’s start with the facts.

The historic record is clear: the Robert E. Lee, Jefferson Davis, and P.G.T. Beauregard statues were not erected just to honor these men, but as part of the movement which became known as The Cult of the Lost Cause. This ‘cult’ had one goal — through monuments and through other means — to rewrite history to hide the truth, which is that the Confederacy was on the wrong side of humanity.

It is self-evident that these men did not fight for the United States of America, They fought against it. They may have been warriors, but in this cause they were not patriots.

These statues are not just stone and metal. They are not just innocent remembrances of a benign history. These monuments purposefully celebrate a fictional, sanitized Confederacy; ignoring the death, ignoring the enslavement, and the terror that it actually stood for.

After the Civil War, these statues were a part of that terrorism as much as a burning cross on someone’s lawn; they were erected purposefully to send a strong message to all who walked in their shadows about who was still in charge in this city.

He said in his now famous “Cornerstone speech” that the Confederacy’s “cornerstone rests upon the great truth, that the negro is not equal to the white man; that slavery — subordination to the superior race — is his natural and normal condition. This, our new government, is the first, in the history of the world, based upon this great physical, philosophical, and moral truth.”

Now, with these shocking words still ringing in your ears, I want to try to gently peel from your hands the grip on a false narrative of our history that I think weakens us and make straight a wrong turn we made many years ago so we can more closely connect with integrity to the founding principles of our nation and forge a clearer and straighter path toward a better city and more perfect union.

… To literally put the confederacy on a pedestal in our most prominent places of honor is an inaccurate recitation of our full past, it is an affront to our present, and it is a bad prescription for our future….

We have not erased history; we are becoming part of the city’s history by righting the wrong image these monuments represent and crafting a better, more complete future for all our children and for future generations. …

The Confederacy was on the wrong side of history and humanity. It sought to tear apart our nation and subjugate our fellow Americans to slavery. This is the history we should never forget and one that we should never again put on a pedestal to be revered.