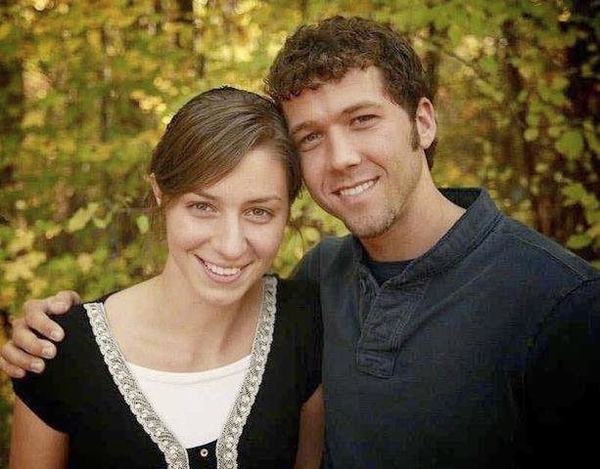 He also was convicted of felony possession of a cellphone by an inmate. In July, detention center officers found a cellphone during a search of his jail cell. Officials believe Turner’s cellmate had the phone, but they found it in Turner’s sock.

On Dec. 2, 2013, Kauffman and his then-pregnant wife, Maryann, returned home from a family breakfast to find a blue car with the hood raised near their Chenault Road home. Kauffman asked the men standing by the car, later identified as Khari McClelland and Turner — then 19 — if they needed help. They said they did not, and Kauffman took his wife to a friend’s house.

He returned to the house and found the men still there.

McClelland testified earlier that he fired a warning shot into the ground. However, authorities say he fired a shot into Kauffman’s vehicle as Kauffman tried to drive away. Kauffman was shot in the back of the head with his own gun while on the phone with 911. His vehicle ran into a nearby cornfield and struck a tree.

Maryann Kauffman heard the gunshots and ran toward the house. Her husband was airlifted to a hospital, where he died weeks later after his family decided to remove him from life support.

Rowan County Sheriff’s Office investigators said Turner and McClelland went to burglarize the Kauffmans’ house because they figured no one would see them. But a neighbor and a RITA van driver both saw a blue car that they believed to be disabled.

Officials say Turner and McClelland stole Kauffman’s gun and laptop, as well as other items.

McClelland later told investigators he wiped the laptop clean and gave it the name Jackson’s Macbook. A Kauffman family friend discovered the laptop’s location via a remote program. The laptop was tracked to a Statesville home where investigators spoke with Michael Dwayne Teasley, who told them he bought the laptop from a man for $200. McClelland said he told Teasley the laptop was stolen but did not tell Teasley he had shot someone.

Under an Alford plea, a defendant maintains his innocence but admits that sufficient evidence exists to find him guilty.

Turner denied being involved in the robbery and shooting and said he was not in Rowan County at the time, according to Rowan County District Attorney Brandy Cook. She said Turner told authorities he had seen McClelland that day because he picked him up and they went to a Dollar General store where he made a purchase and was driven back home. Authorities went to the store Turner said he’d been to, but a search of surveillance video showed the men had not been there that day.

Cook explained to Judge Mark Klass why her office proceeded without a trial in this case. One of the factors was that after reviewing the evidence against Turner, she and other prosecutors determined that the case hinged on the cooperation of Khari McClelland, the only person who could identify Turner at the scene of the crime. Another factor was that Marcus Kauffman’s parents, David and Linda, and his wife expressed their desire to avoid having to re-live the murder with the uncertainty of a jury trial.

Cook said her office also considered that McClelland, who had possession of the gun and decided to shoot Kauffman, was sentenced to life in prison without parole plus additional years for assaulting a detention center officer. The officer has still not been returned to work.

One of Turner’s attorneys, Frank Wells Jr. of Randolph County, told the court the defense did not believe that statements made by McClelland were entirely accurate. Wells said there was no evidence that shows his client intended to harm anyone that day, and he did not have a weapon before going to the Chenault Road home. Turner had no criminal record and had a family support system, Wells said.

Many of Turner’s relatives and friends were also in the courtroom. Jonathan Megerian was also appointed to represent Turner.

David Kauffman, with his wife by his side, spoke about the impact the killing has had on his family. The Kauffmans’ other children and family friends attended the hearing. He thanked everyone involved in the case.

“We want to say to you, Mr. Turner, I know that you were not the man who pulled the trigger. I don’t know whose idea it was to be there that day. … That was a hard day; there have been many hard days since then,” Kauffman said.

Cook read a letter from Maryann Kauffman, who did not attend the hearing. She told the court she is satisfied with the outcome and that she wanted to avoid a trial. She said she appreciates the work that was put into the case and she wants Turner to know she forgives him.

Turner stood and addressed the court.

“I’m sorry for his family’s loss,” Turner told the court. “There were nights I prayed their son would make it.”

He apologized to his family for the pain he put them through and vowed to be a better man.

Cook requested that Turner not be placed in the same prison near McClelland, who is serving a life sentence without parole.

Two others charged in the case — Tramel Hart and Michael Dwayne Teasley — accepted plea agreements and have served time in jail. Officials said Hart, who is the brother of Khari McClelland, had limited involvement. Hart drove his brother around to help him sell Kauffman’s laptop well after the robbery and shooting.

Hart received credit for 1,038 days spent in custody before posting bond. Since he spent time in the county jail awaiting trial, Hart did not have to serve additional time.

In June, Teasley pleaded guilty to possession of stolen goods and was sentenced to six to 17 months in prison. He was originally charged with being an accessory after the fact of murder. Teasley was given credit for the 817 days he spent in the Rowan County Detention Center awaiting trial. He was set free because he had spent a longer period of time in jail awaiting trial than his six- to 17-month prison sentence.