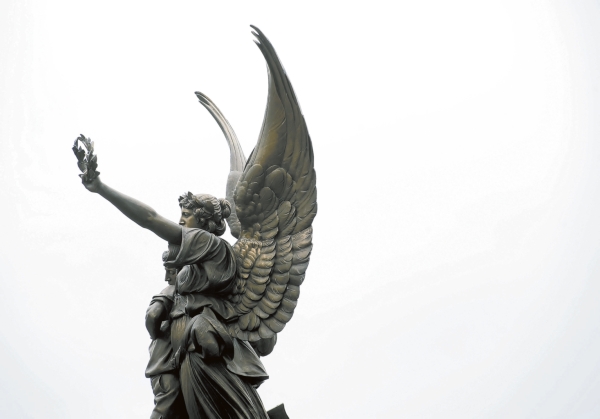 Growing up, I loved the Confederate Memorial — that angel in the middle of the road, supporting a dying soldier in her right arm, holding up a crown of victory with her left. It’s a beautiful statue, an emotive statue…and also almost identical to one taken down in Baltimore a few days ago. My first reaction was one of sadness, that this monument I have enjoyed since I was a young child could be the object of such disdain. I feared a similar fate for our Salisbury statue. But over the course of the week, my views have changed.

The Salisbury chapter of the Daughters of the Confederacy resolved to commission a memorial in 1901 — a mere 36 years after the war ended. Likely, many of the women who were members of the organization at the time had fathers, uncles, grandfathers, brothers or other close relatives who had served or lost their lives in the Confederate army.

Despite being on the wrong side of history, their grief was undoubtedly very real and I respect their desire to memorialize their loved ones. After all, the Civil War was a devastating event. I don’t believe that putting up a statue to remember your lost is, in itself, the problem.

The problem is that the Daughters of the Confederacy, through this statue, also seek to legitimize the same fairy tale that is still being perpetuated through our society today.

Engraved right on the base are the words:

“Soldiers of the Confederacy, Fame has given you an imperishable crown, history will record your daring valor, noble sufferings, and matchless achievements to the honor and glory of our land….

“They gave their lives and fortunes for constitutional liberty and state sovereignty in obedience to the teachings of the fathers who framed the constitution and established the union of these states. Deo Vindice [God is our Vindicator].”

Quite frankly, this is not history. This is a textbook example of “Lost Cause” mythology, which is a consolation for white Southerners who desired to believe that they were merely good patriots fighting an honorable and moral war for a good cause, all the while diminishing the role of slavery — and even painting it as a benevolent institution for African Americans. It is racist by exclusion: it ignores the history of slavery, the countless wrongs committed by our country toward African Americans, and believes instead the lies by which we sought to justify it.

Taking down monuments is not “rewriting” history. Leaving them up IS rewriting of history. They are a testimony to a reality that wasn’t reality, and to men like Robert E. Lee and Stonewall Jackson who have become so embedded in Confederate folklore that we no longer see who they actually were.

We can remember this war and those who died without continuing to believe the fairy tale of the “Lost Cause.” I myself have ancestors who fought on the side of the Confederacy; I am a Southerner whose family arrived in Rowan County over 250 years ago. I can be proud of my heritage and my culture without hurting my neighbors.

And if this monument hurts others and hurts our ability to be a united community, then I say take it down. Don’t let it be the focal point of Innes Street. It is nothing but bronze and marble. Put it in the city museum, with a plaque that explains the Southern reaction to their loss and the perpetuation of the Lost Cause. But leaving it up conveys the message that this Lost Cause mentality is still our mentality today, and that, my friends, is unacceptable.