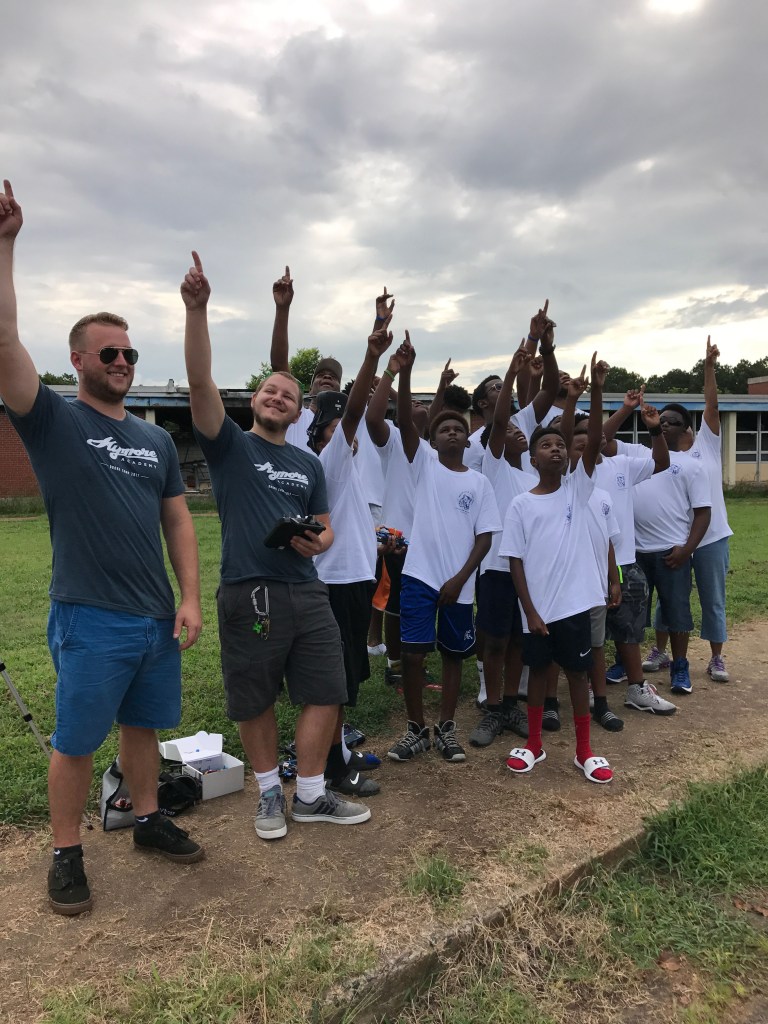 The middle and high school students, guided by FlyMore’s Miller Morrow and his instructors, learned the basics of drone operation and the science behind the new phenomenon. Using piloting lessons and games, the students worked on computers and flew tiny drones inside tight courses as well as larger drones outside.

The special goggles used showed them the world from the point of view of the drone as they zipped around obstacles in search of their goal pad. Five days of instruction and practice ended in a final race morning at which scores eagerly watched on a big screen.

“We had a great time working with the kids from East Spencer and teaching them how to fly drones,” Morrow said. “They were impressively motivated and very quick to pick up on the piloting skills. We look forward to coming back in the future.”

Asked what he took away from his experience, Kamahri Feamster, 11, said, “I like the drone camp because we are learning how to develop STEM activities as potential jobs.”

Flymore gave the students an overview of why one might consider drone flying as a viable job, giving Amazon’s development of package delivery as just one possibility out of many good-paying jobs.

The next step will be an engineering camp where students will learn how to build their own drones. Engineering and technical skill building is on the horizon.

“This camp has shown me what my options should look like when I graduate from high school,” said Daemond Wallace, 14.

Blueberries, bananas and sweet potatoes: The cornerstones of summer…