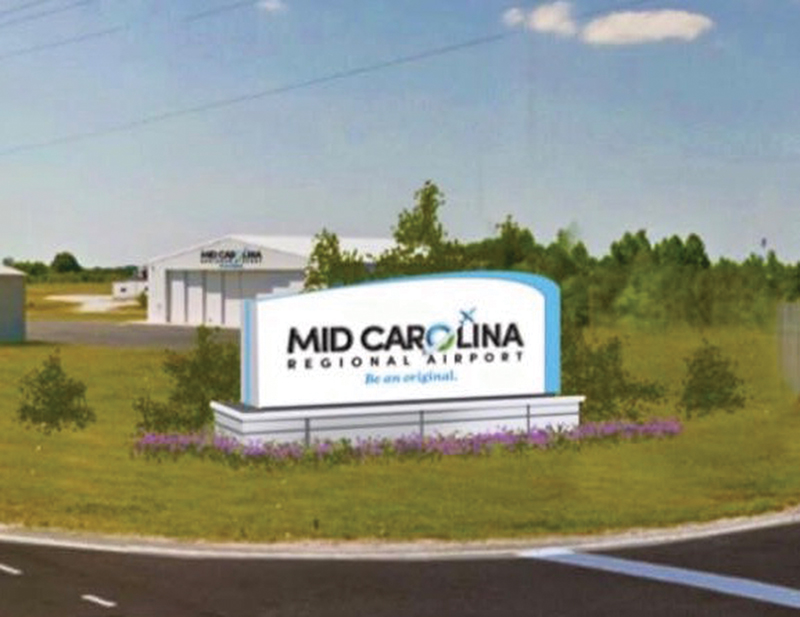 SALISBURY — Starting today, the Rowan County Airport will go by a different name.

The name became official after the publication of a number of Federal Aviation Administration documents, said Airport Director Kevin Davis. Within a a few months, signs featuring the new name will be placed at the entrance to the airport.

Davis said the name change will not affect pilots flying into the airport or the facility’s day-to-day operations. The airport code will remain RUQ.

Rowan County Commissioners Chairman Greg Edds says the change is about “creating a new narrative for the airport.”

“It shows the location as being centrally located in the Carolinas and that we’re becoming a regional airport,” Edds said. “When you mentioned Rowan County to most folks, that just doesn’t resonate, but the name Mid-Carolina gives the location and the regional part gives our aspiration and direction.”

One sign bearing the name Mid-Carolina Regional Airport will be placed at the intersection of Airport Loop and Airport roads. Another will be on the side of a new corporate hangar near the edge of the facility.

Plans for a name change date back to 2014. Edds said the government process can be long and drawn out.

The name change comes at a transitional time for the airport. Rowan County recently hired Davis as the new airport director. In recent years, county leaders have focused on the airport as an economic development site and built hangars for new businesses.