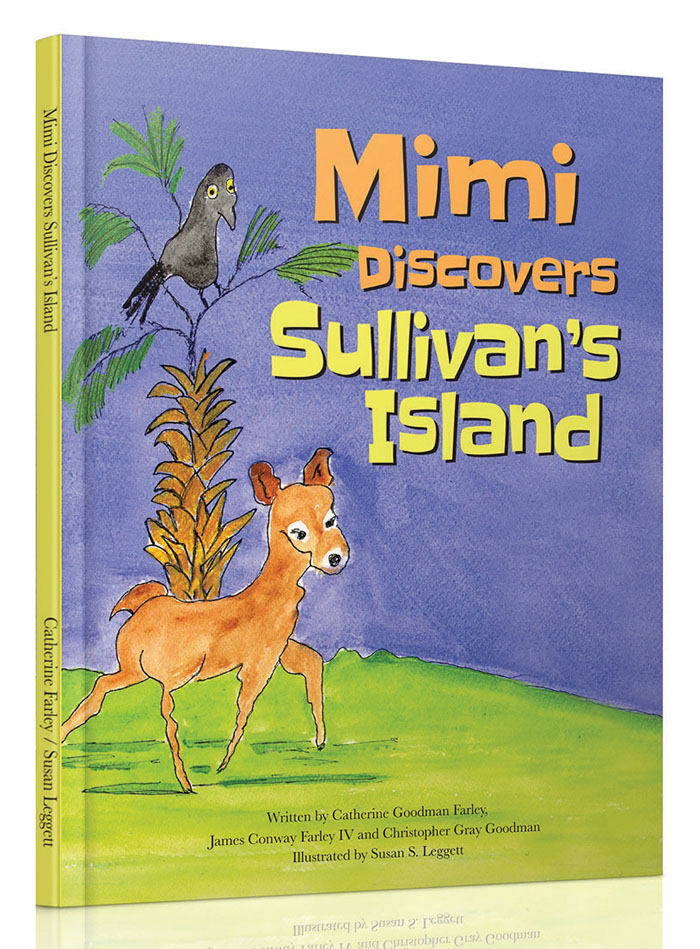 The authors will be signing books from noon to 2 p.m. Saturday. South Main Book Co. is located at 110 S. Main St.

Farley is a Salisbury native and daughter of Dr. Myron and Mary Goodman.

In “Mimi Discovers Sullivan’s Island, Mimi, a growing deer, continues her adventures in the South Carolina Lowcountry. She meets a knowledgeable friend, poe the crow, who teaches her about many of the landmarks on Sullivan’s Island.

Children and families learn the importance of faith, friendship, preservation and living resourcefully as they visit Fort Moultrie, Stella Maris, Officers Row, the old bunkers and the Sullivan’s Island Lighthouse.

Farley, a physical therapist in Charlotte, wrote and published “Mischievous Mimi Explores Seabrook Island” in 2014. She gave a lot of credit for that book to daughters Madeline and Mary Catherine, who were 10 and 8, respectively, at the time. “Mimi” is the nickname Farley’s three children use for grandmother Mary Goodman. A website for the “Mimi” books is explorewithmimi.com.