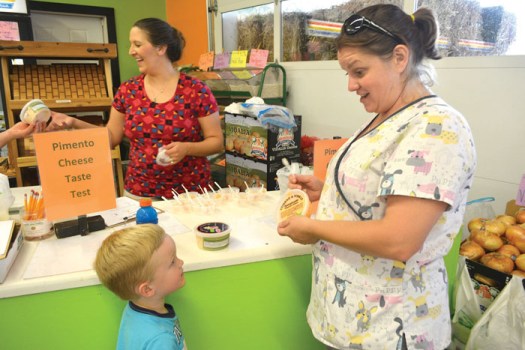 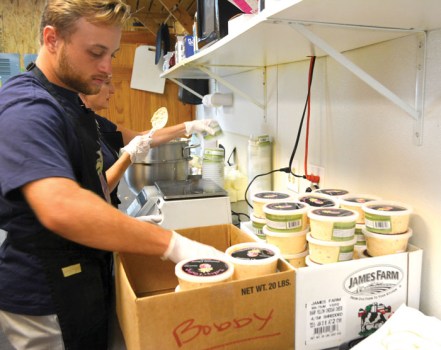 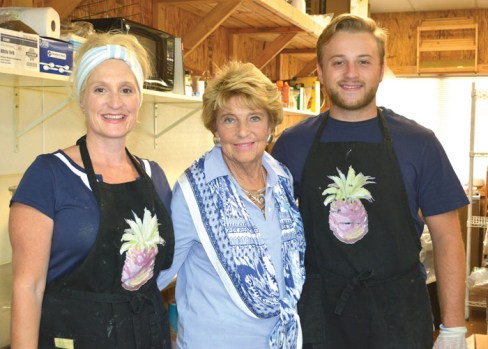 Let me tell you something: People in Rowan County looooooove their pimento cheese. There are some die-hard fans of Conrad & Hinkle and McCombs & Company. Now Kathryn’s Cottage — previously known for its chicken salad — has been gaining customers in the last couple of years.

Tim and Linda Hoffner were wondering which pimento cheese was best. So they hosted a pimento cheese taste test at their business, Father & Son Produce, on a recent busy Saturday.

“I was surprised,” she said. “We sell more Conrad & Hinkle pimento cheese. We started from day one in 2012 with McCombs. But we added Conrad & Hinkle when the McCombs people went on vacation.”

You simply cannot do without pimento cheese, Linda noted.

“They brought us a sample of the pimento cheese and we fell in love with it,” Linda said.

Linda said that the taste test surprised some people who thought that they had a favorite pimento cheese.

It was certainly a tough choice for Samantha Smith, who tasted the samples with her son, Holden, 4.

“I want another bite,” she told Carla Kluttz, Linda’s daughter, who staffed the test table most of the day.

She pronounced Kathryn’s Cottage her favorite.

But she also liked McCombs, she said, and Holden liked Conrad & Hinkle best. They bought two containers of pimento cheese before they left Father & Son.

Carla noted that McCombs & Company has a sharper cheese taste, while the other two brands are creamier. And she doesn’t have a dog —um, pimento cheese brand — in the fight.

“I’m not a pimento cheese fan,” she admitted. So she was the perfect person to pass out samples. No bias.

“People have really enjoyed it,” she said of the taste test.

“I was real tickled with it,” Linda said a couple days afterward, “but I’m glad it’s over.”