Editorial: Fire and fury on US soil 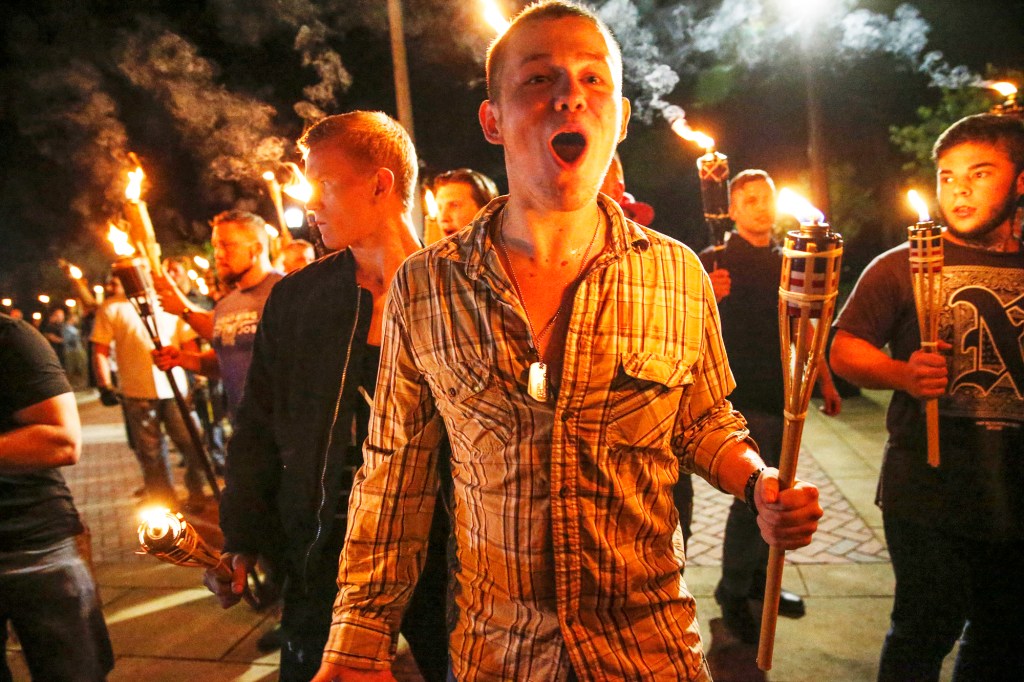 In a display that the Charlottesville newspaper headlined “Fire and Fury,” hundreds of men bearing burning torches paraded through the University of Virginia campus Friday night chanting several lines. “You will not replace us.” “White lives matter.” “Jews will not replace us.”

The catalyst for the march and the next day’s “Unite the Right” demonstration was the upcoming removal of a Robert E. Lee statue, but the event was about modern-day racism, not Civil War history. Nazis, the KKK, white supremacists and members of the alt right gathered for a show of force, and they came armed. Klan leader David Duke told the crowd that European Americans are “being ethnically cleansed within our own nation,” and the Saturday event was a step toward “taking America back.”

After the melee that followed, white nationalist leader Richard Spencer told a Washington Post reporter that counterprotestors attacked the white rallygoers but also said that “maybe someone threw a first punch on our side. Maybe that happened. I obviously didn’t see everything.”

By now, however, virtually everyone has seen footage of a gray Dodge Charger plowing through a crowd of the protesters at the white nationalist rally, killing one woman and injuring 19.

President Donald Trump may be confused about who the antagonists were in Charlottesville, but he is in the minority.

Even if violence had not erupted on Saturday, the weekend’s events indelibly linked all symbols of the Confederacy to white supremacist views. People who have purely historic or even artistic interests in the statues will forever be overshadowed by those who use the statues and the Confederate flag as rallying points for displays of bigotry and hate.

At one time, it may have been hard to understand how black citizens saw the monuments as reminders of slavery. No more. The white supremacy that rationalized slavery now wants to claim victimhood and “take back” a country that belongs to everyone.

That twisted logic and incidents like the Charlottesville tragedy make it increasingly difficult for reasonable people to defend leaving Confederate monuments in place.