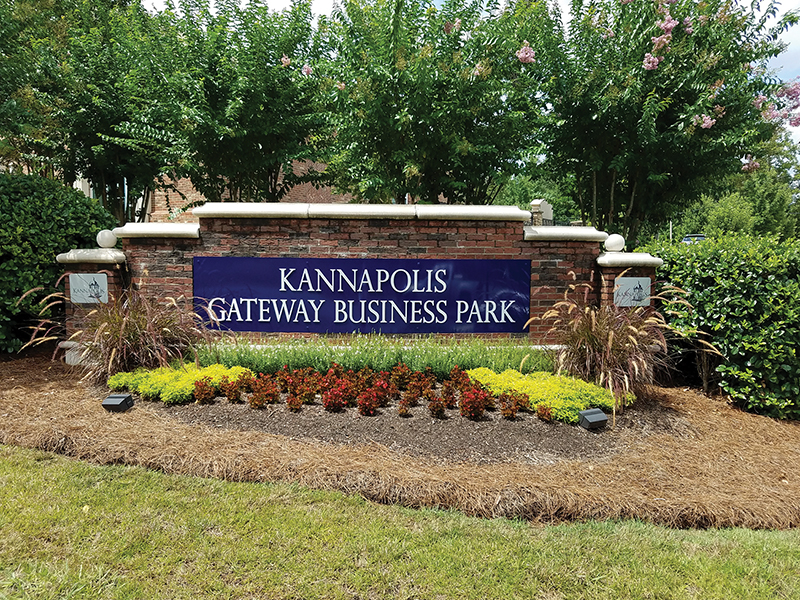 Submitted photo — The Kannapolis Gateway Business Park sits at the intersection of N.C. 73 and Kannapolis Parkway.

KANNAPOLIS — A development company plans to buy 7.25 acres in a business park near N.C. 73 to build a mixed-use complex with offices and retail stores.

The Kannapolis City Council on Tuesday approved a $1.5 million deal with Charlotte-based Elevation Acquisition and Development. The purchase price mirrors the appraised value of the land.

City officials say they’re not sure about the exact businesses that will be located in the development. City Manager Mike Legg said it will be a “mixed-use, commercial kind of development.”

In a news release, the city says the firm is expected to build a complex that includes office and retail uses.

The business park generates $250,000 in property tax revenue for the city. Elevation Development’s project would add $50,000 to tax revenue, a news release said.

“We look forward to working with Elevation as they develop the property to complement the other businesses in the park and nearby properties,” Mayor Darrell Hinnant said in a news release. “Creating value and employment opportunities for our city has been our priority at the Kannapolis Gateway Business Park, and with the sale of this last remaining parcel we have been able to achieve our goals.”

The Kannapolis Business Park is at the intersection of N.C. 73 and Kannapolis Parkway. It’s adjacent to the site of a proposed Amazon Distribution Warehouse that is projected to create at least 600 jobs.