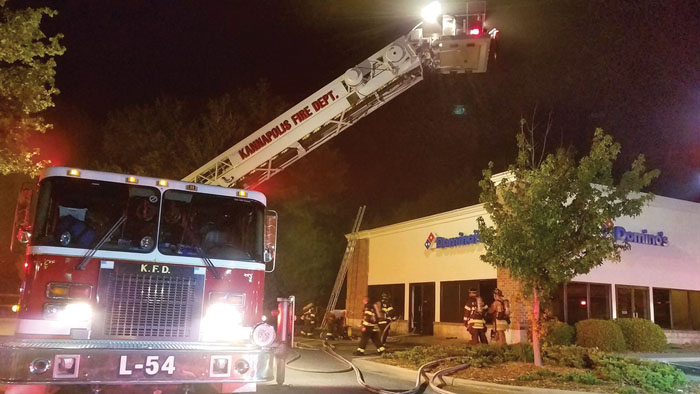 Submitted photo The Kannapols Fire Department responded to a fire at a Domino's Pizza.

KANNAPOLIS – Just after 4 a.m. Friday morning, Kannapolis firefighters responded to a reported commercial structure fire at the Domino’s Pizza on South Cannon Boulevard. Units arrived on scene within five minutes to find heavy smoke coming from the roof of the strip mall the restaurant is located in.

Kannapolis Engine 11 entered the building to extinguish the fire and Ladder 14 entered to search for any victims. Crews checked the roof as well as the adjoining businesses for any fire extension. The fire was brought under control within 25 minutes and no injuries were reported. Crews remained on scene looking for any hot spots and conducting the investigation.

At this time, the cause is still under investigation.