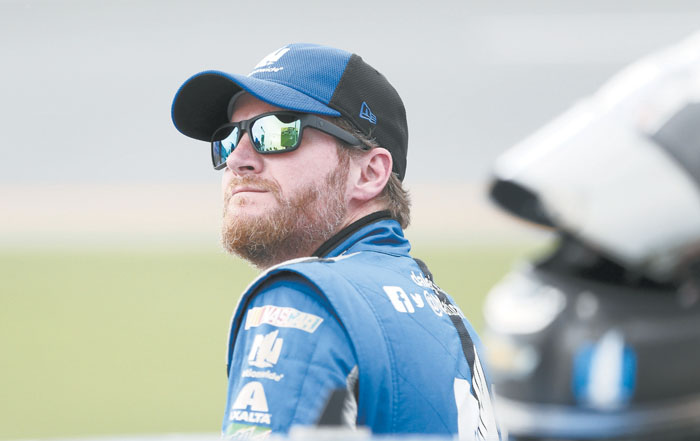 “I put a lot into this sport, and I know that I might not have met everyone’s expectations, but I certainly exceeded my own,” Earnhardt said while appearing at Chevrolet’s event introducing the Camaro ZL1, a new race car for next year’s NASCAR Cup Series.

“I’m super proud of what I’ve been able to accomplish, and I hope that I brought something to the table and left a good impact,” Earnhardt added.

Harvick said on SiriusXM this week that he felt the sport’s growth “has not reached the levels that it should have because our most popular driver hasn’t been our most successful driver.”

Harvick mentioned football and basketball as examples of sports in which the most popular athletes are also among the most successful.

“I believe that Dale Jr. has had a big part in kind of stunting the growth of NASCAR because he’s got these legions of fans, and this huge outreach of being able to reach different places that none of us have the possibility to reach, but he’s won nine races in ten years at Hendrick Motorsports.”

Earnhardt said he respects Harvick, who has driven for his JR Motorsports team.

“We still have success today because of that impact that he made at JR Motorsports, so I have an incredible amount of respect for him,” said Earnhardt, who is set to retire after this season. “About his comments, some of those comments were hurtful. But I still respect him as a champion and an ambassador for the sport, and that’s just the way it is, I guess. I hate that that’s how he feels.”

Earnhardt and Jimmie Johnson were among the drivers on hand for Chevy’s event — an outdoor ceremony in downtown Detroit. Johnson drove the Camaro along Jefferson Avenue before pulling in front of the Renaissance Center, headquarters of General Motors.

“I’ve never raced a Camaro, so I’m excited to get on the racetrack and be in a Camaro next year,” Johnson said. “Looks amazing, and I know it’s going to perform very well.”

Chevy will try to build on the on-track success of the Chevrolet SS, which has 70 Cup wins since 2013. The Chevy Camaro has only two Cup victories to its credit, both by Tiny Lund in 1971. The Camaro SS has been Chevrolet’s entry in the Xfinity Series since 2013.

“I think a lot of people were hoping that, even before the Camaro came into the Xfinity Series, that they would bring the Camaro to the Cup Series. It’s going to make a lot of Chevrolet fans really happy,” Earnhardt said. “What you see today is still a work in progress. Teams will figure out how this thing needs to be set up, and what’s going to make it tick. I know those guys over there are really excited to get after it. I don’t have to worry about that. I just get to watch it happen.”

The blue car Johnson drove was adorned with the No. 8, which was Louis Chevrolet’s racing number.

“I’m excited about it being a Camaro,” team owner Rick Hendrick said. “Selfishly, I’m a car salesman, and I’ve got a lot of them in the lot.” 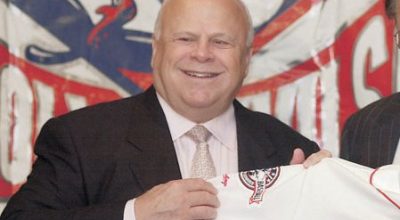