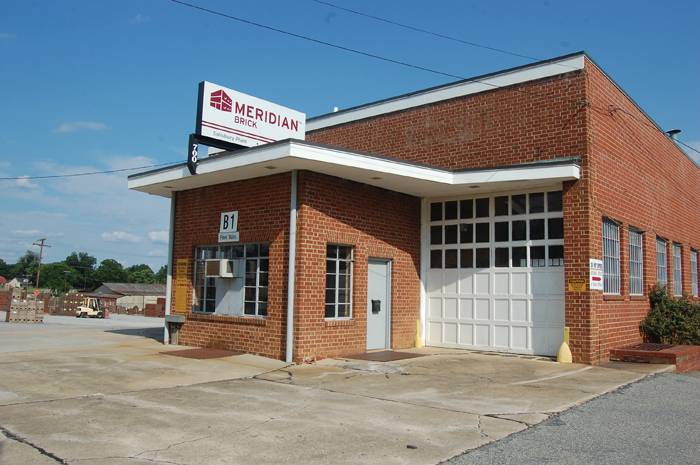 Meridian Brick is the new name for the brick plant that has been in East Spencer for 121 years. Jessica Coates/Salisbury Post

EAST SPENCER — After being owned by Boral Bricks for 21 years and Isenhour Brick and Tile for 100 years before that, a 121-year-old brick plant in East Spencer is once again under new management.

The new ownership came about when Boral Bricks and another brick manufacturer, Forterra Brick, entered into a joint venture to create a company called Meridian Brick.

“Boral had a pretty extensive distribution network, and Forterra had a lot of distributors in Canada. So when we combined the two, we got great distribution. So we’re really local to most towns now,” Joyce said.

Joyce said that for customers who shopped at Boral Bricks’ East Spencer plant, not much will change. If anything, there will be more choices because Forterra and Boral had different product lines.

“We’re excited to get the Meridian Brick name out into the market,” said Joyce. “We’re proud to have ‘brick’ in our name because we think we’re the best at it.”

Joyce said that because of its long history, the East Spencer plant is one of the company’s “core assets.” She said Meridian values the experience of the plant’s employees.

Meridian’s East Spencer plant manager, Archie Barron, has been with Meridian — and formerly Boral — for about five years. Barron said that when Boral Bricks bought Isenhour Brick and Tile in 1995, it was during a period of consolidation in the brick industry.

“There was a shift from family-owned to corporate businesses,” Barron said. “But Isenhour has had a tremendous influence. I mean, a business lasting for 100 years, that’s not normal in American culture.”

Barron said most of the local plant, at 700 S. Long St. in East Spencer, was constructed while it was owned by Isenhour Brick and Tile.

“We’re noted for having the longest tunnel kiln in the world. And if it’s not the actual longest, it’s close,” Barron said.

Isenhour Brick and Tile was started by George Isenhour in 1896.