What online readers are saying about … 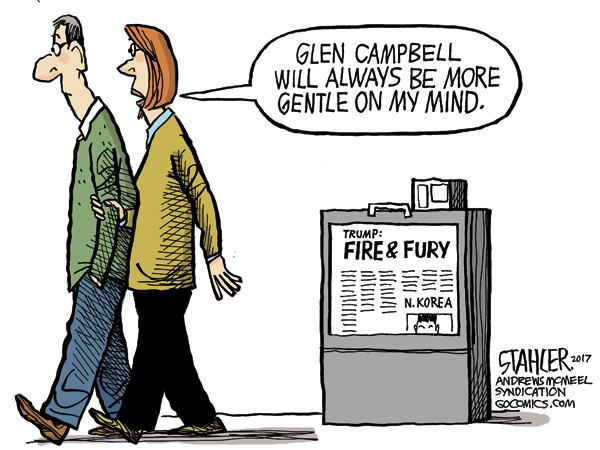 We can decide to let a huge building rot, or we can take action and make the best of it.

There already has been too much inaction for too many years on many projects in the city and the county.

Those that think this is a bad idea best look around at what other counties and cities are doing. Take a trip to Danville, Va., where they have a multi-million-dollar tech center. How about Gaston County and their soon-to-be TechWorks?

If we don’t take some action instead of just sitting on our hands, we will be left behind. We have the tools to make it happen.

And now a $1.6 million possibility. That’s roughly $9.6 million. That could have built a brand new Department of Social Services and Veterans Office at the old location. Could have built a parking deck downtown at the courthouse.

The original plan, favored by Craig Pierce, was to slit its own throat by emptying the downtown county seat of its governmental functions — in doing so, decimating one of its largest tax bases.

The Idea Center proposal is one of the most progressive things the Rowan County commission has done to stimulate entrepreneurship and promote economic growth in a long time.

Would love to see some type of permanent outdoor structure here, a place for concerts, farmer’s markets, etc.

FYI, it’s the “Rowan County IDEA Center” in all caps, as it stands for “Innovation. Development. Entrepreneurship. Acceleration.”

Exactly what will this religious display do for Granite Quarry? Will it enhance tax revenues? Balance the budget? Fill potholes?

Of course it won’t, and we all know it. That’s not what it’s for. What it’s for is for believers to mark their territory like a dog … on a tree stump. What it’s for is to deliver an unmistakable message to every unbeliever: “You don’t belong here. You’re unwelcome and unwanted. You’re not one of us.”

Yep, been a long time — 111 years to be exact. Might be time to move on. Living in the past only guarantees you to stay in the past.

So let me get this straight: Leave the past in the past, unless it’s the Civil War. Got it. #stopwiththehypocrisy

How about focus on the issues that are present that affect our future rather than worry about history that isn’t changing anything in today time?

I think it’s important we first listen, ‘cause you’ve missed the intention of this work. Have you actually sat down with anyone involved with this project to hear their heart?

… Yesterday was a very raw and real program. I’ve never participated on this scale and diversity, in Salisbury, the level of depth and truth we discussed yesterday. Gave me more hope for our community.

Beautiful seeing several community members come together to have a serious conversation. Thanks to all the groups and individuals that organized this gathering.

Encouraged that so many people came out to remember this horrible event. So sad that a family’s murder was made even more tragic by the vengeful ending of three additional lives.

I would hope that we do not measure this event by how well it fits our personal yardstick of success. Rather, I hope we measure it by what specific actions are subsequently made towards making amends, growing respect, building racial equity and restoring justice.

Thank you, Rev. Hallman. We need to face the truth if we are to go forward. There is still a lot of hate and deceit in our communities and families. … I look forward to the healing and truth.

… Police seeking warrants on group who brawled outside Go Burrito

Bars should be made to close at midnight. No one should be out in the wee hours of the morning. Maybe a curfew would help, or these young folks should find something better to do with their time.

At least these idiots didn’t have guns, thank goodness. We need a police presence downtown at all times to help stop some of this nonsense.

After owning an establishment downtown for close to eight years, living downtown and observing the goings on in the late-night venues, I tend to agree that a mandatory closing time of midnight might help considerably. A majority of the incidents tend to occur between midnight and 2:30 a.m. in and around the establishments that serve liquor.

I wish the media would investigate and report on the North Carolina State Board, the way they report the state surveyors’ findings. I think the public would be shocked

Sadly, all or most facilities have these issues. Many just are not “caught.” Our government has failed at reimbursement; companies (for profit and nonprofit) pay staff little to nothing.

Caregiving is one of the most difficult jobs a person can have, and yet they are poorly compensated and have horrific benefits, if any.

… Our country needs to reevaluate our priorities and take care of our sick and elderly. This is becoming a huge crisis.

I’m so happy to say I’m a part of the team that got Brian Center back in compliance. It’s a start, but here we go.

We have lost three of the most loyal educators in recent Rowan County schools history in the past two weeks — George Knox, Bob Shive and Starr Forney. I don’t see replacements for them in the near future.

George Knox was one giant of a person and a true educator. He took me under his wing, treated me as a son and taught me invaluable lessons that have served me well in my life.

I am so very grateful that I had the honor and opportunity to have known and worked for him at West Rowan Junior High School. He was a man of integrity who truly cared about people and their welfare.

There will never be another George Knox. Rowan County has lost a pioneer and a legend. Rest in peace, Mr. Knox.

Mr. Knox was principal when I went to R.A. Clement many years ago. He truly cared about children, something that sadly seems to be lacking in educators today, and life lessons I learned from him have served me well over the years. May he rest in well-deserved peace. My sympathy to the family.

I was in the first class at West Rowan Junior High. Mr. Knox was one of the finest men I ever met. He was instrumental in ensuring a smooth transition during the early years of integration.

I saw him about 10 years ago at a diner near Landis and he introduced me to his wife. Remembered my name and that Gynn was my twin.

Rowan County has lost a giant personality and one of the most influential and kind individuals this county has produced. A gifted educator, a great athlete, a talented political voice and a role model for many. His reason and kind leadership will long be missed.

Mr. Knox was a true educator. He cherished all the children he came in contact with. He did not forget my name even when I transferred to West Rowan. I did my first substitute teaching job under his principalship and he gave me encouragement to continue working with children — especially black children.

… Starr Forney, the brightest star you ever met

Starr will be greatly missed. … I’m so happy I got the chance to grow up together with her at Erwin and East and played softball with her for many years. She had so much talent and athletic ability in every sport she played.

She was everybody’s friend and could cheer everybody up by just walking in a room.

… I know heaven got a little brighter this week. Shine on, Starr!

Starr was a great coach to all the kids at Erwin. She coached my daughter a few years ago at Erwin and East. My daughter loved her. She would push those kids to be the best the could. She was always smiling.

I work at Erwin, and the gym will not be the same.

I was on the Erwin track team 20 years ago. I remember Coach Forney’s ability to get the best out of us, whether it be cheering us on from a moving vehicle during mile repeats (whatever it takes, ha!) or giving out high fives at meets for personal records. She was a blessing, and this article captured her essence beautifully!

It is sad that we have a law that will not let the police charge someone when they know a crime was committed.

General Statute 90-96.2 does not prohibit a civil involuntary commitment for a substance abuser who poses a danger to himself or others.

But I realize how discouraging it is for law enforcement officers, particularly after three or more emergency responses to a 911 call for heroin overdoses at the same address, and not be able to perform their customary arrest duties.

It’s great that the community is beginning to wrap its head around the issues of the addiction to and the overdose of heroin and opioids. When will we identify and address the root causes of this epidemic? I suspect that the reason people chose to be victims of this plague extends far beyond the abuse of these drugs.

Sure it does. It’s our dependence on self-gratification. It’s about not making tough choices. It’s about sin being the choice over righteousness. Not saying it’s easy, but it’s the truth.

It’s a growing problem everywhere. It is now the drug of choice everywhere and supposedly is cheaper to obtain than marijuana.

This is encouraging to see, but what do the people do once they leave the ER if they don’t have insurance? Most of these people want help but don’t have the funds to provide help for themselves. Is there going to be something they can apply for to get help?

Very true. A lot of them want a better life but don’t think it’s achievable when the addiction is that strong.

Some do want help, yet rehab is very expensive. Many addicts hate where they are, but just cannot stop.

Abuse of opioids in the form of prescription medication has been a problem in Rowan for 15-20 years. Heroin may be fairly new here, but not pain meds.

Well, everybody just sat and watched the pharmaceutical companies flood the country for 20 years with opioid drugs and said nothing. ….

The only way to stop this is to help with the addiction. Taxpayers already pay for inmate care and needs. More then half of the inmates are in county jail for drug-related crimes and stupidity. Instead of making another typical jail, how about a rehabilitation-type jail? People need to stop dying.

Some, not all, start after being prescribed pain meds for an injury. Some are able to get off, and some form a dependence. Then they buy the pills off the street. Once their tolerance increases and they can’t afford them off the street, they go to a cheaper alternative, which is heroin. … It affects all types of people — nurses, teachers, firefighters, etc. It has no preference.

The only people impacted will be those who are prescribed the drug for pain, not abuse. Makes me sick to think how people will suffer for pain instead of addiction.