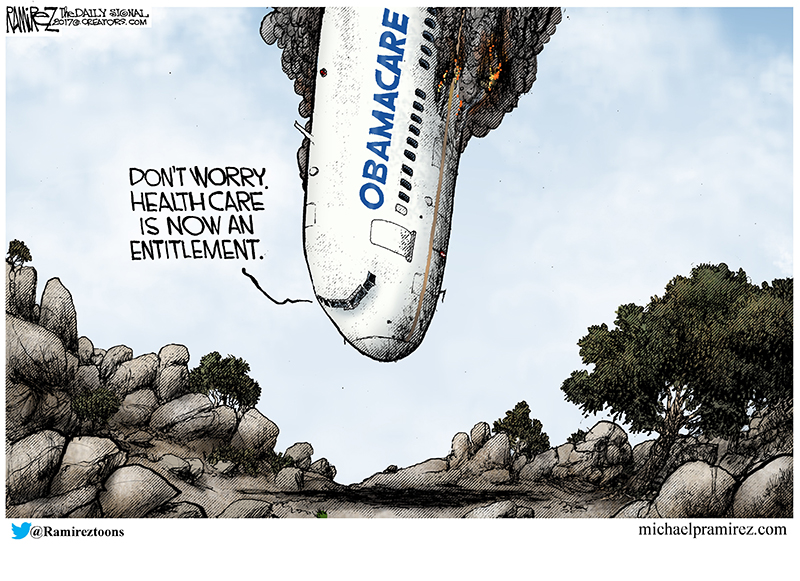 Selling insurance to people with pre-existing conditions is not insurance but welfare, and until Congress understands this difference it will remain unaffordable or at best considered unsatisfactory, compared to private sector health coverage we remember from days past. Government would do better just not to compete in this area, where the private sector can do the job better.

Universal health care coverage is not wise. First of all, it would be unmanageable for the government to oversee that all people were paying into this so-called tax. The man hours it would take just to verify the people are “paying our fair share” could not be accomplished without excessive management and endless hours checking.

Insurance coverage is better left for the people to decide upon and not be dictated by politicians thinking “we know what’s best for you.”

Politicians need to forget universal health care and concentrate on how to accomplish medical care for those uninsurable and let the rest of the people buy insurance as they have in the past. There will always be people who seem to be unable to make decisions for their best welfare. Why should those who are able to make good decisions for themselves and  their family suffer financially for those who cannot or will not?

One solution could be medical coverage for people with a pre-existing sickness, except the pre-existing condition is not covered. There could be a deductible of money or one of time, depending upon the seriousness of the illness. The question for government is how can pre-existing expense be successfully covered and not continually expand our gut-busting deficit?

We have fewer and fewer people working to cover those already retired, and the day is fast approaching when Social Security will no longer be financially viable for retirees. The government will not be able to cover this expense by printing money or by making electronic deposits to your account. Can we even imagine the financial chaos that would ensue?

Now is the time for government to find new paths to financial stability. We cannot just kick the can down the road and let someone else handle it. The possibility of cities, states and the federal government going bankrupt for inefficiently handling financial affairs is just not wise or competent.

Now is the time for leadership, not politics as usual.

Richard Roberts lives in Kannapolis. Send your My Turn submission to letters@salisburypost.com.