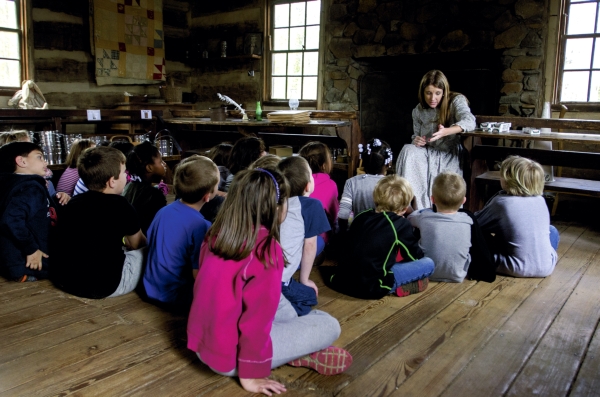 Shannon Ellsworth teaches kids about money at the Setzer schoolhouse in Salisbury at Horizons Unlimited for the Power of Public Education Tour. Kristi Craven/Salisbury Post

Laurels to the late George Knox, an athlete, educator and county commissioner who left a rich legacy of public service when he died Aug. 2 at the age of 94. Knox was the Rowan County Board of Commissioners’ first and so far only African-American member. “I don’t think in terms of being first or second, just in terms of being elected,” Knox said on the night he was elected in November 1986. “The people put confidence in me to elect me. I would like to prove they will not be disappointed.” When Democrat Knox and Republican Bill Swaim lost re-election in 1990, Swaim attributed it to the fact that he and Knox had pushed for a 1-cent tax increase to support the schools — in a contentious revaluation year when taxpayers were already in revolt. “A penny for the schools” was Knox’s refrain during that year’s budget debate. That fits his solid belief in the importance of education. Knox’s brief political stint came after serving in a tank destroyer battalion during World War II and being a school principal for decades. His baseball prowess — he played for North Carolina A&T — earned him a spot in the Rowan County Sports Hall of Fame. Knox was a principled man who served his community with dignity, grace and compassion. The world needs more public servants like George Knox.

Laurels to the Idea Center soon to take up residence in West End Plaza on Jake Alexander Boulevard.

Commissioners voted Monday to give $145,000 in seed money to the Idea Center, which has promise. The business and innovation center, which would take up retail space near Belk, would provide physical working spaces, tools and equipment, mentorship, educational programming, access to angel funding, networking and more. The concept is a little nebulous, but its basis will be a public-private-academic partnership focused on driving economic growth. The Chamber of Commerce will manage the startup phase. Total cost could be $3.9 million.

Unfortunately, part of the Idea Center could displace the Veterans Services Office that moved to the mall just a year ago. Meanwhile, commissioners want to renovate the former JCPenney building, which has turned out to be prime, flexible meeting space that the community uses often. Unfortunately, that project could cost as much as $1.6 million. And the huge Belk space remains empty.

Maybe coming up with a comprehensive plan for the county-owned mall’s entire 320,000 square feet is beyond what commissioners can or want to do at the moment. Waiting for that light bulb to go off wastes time and space. Still, perhaps this is an opportunity to join the two separate projects — the Idea Center and the event space — into one for a more coordinated approach.

Either way, the Idea Center is a positive, proactive step forward. It deserves the community’s support.

Other Voices: Tillis offers a shield