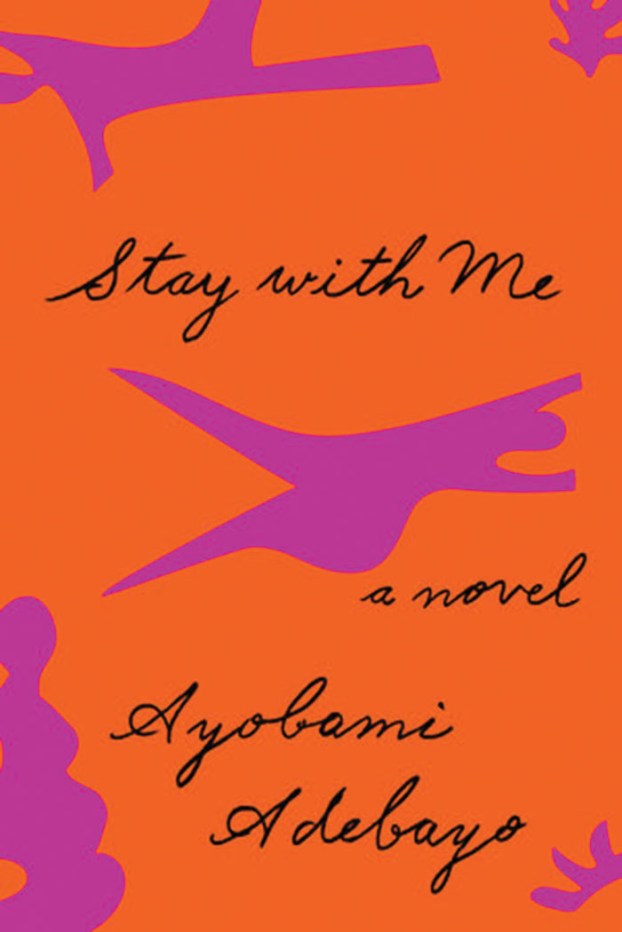 New and recent books that deserve a read Are you done with your beach reads? Need something new to take you away from the coming stresses of back-to-school and end-of-vacation?

Here are a few suggestions, starting with debut novels that are worth exploring.

“What it Means When a Man Falls From The Sky,” by Lesley Nneka Arimah. A short story collection set in Nigeria and the U.S. in the present day and the future, it examines the core of humanity and relationships. The author takes readers through time to “a dark, dystopic world ravaged by climate change and geopolitical conflict, where evil lurks in the hearts of the people who dwell there.” The debut demands attention and will make readers take a serious look at their lives, relationships and behavior.

“Gork, the Teenage Dragon,” by Gabe Hudson. First of all, that title. Then we find out Gork is a misfit dragon at WarWings Military Academy, with tiny horns, deep emotions and a fainting problem. His peers call him Weak Sauce, and his Will to Power ranking is Snacklicious. On the eve of his high school graduation, he asks a female dragon to be his queen. Will she accept? Or will Gork end up a slave? A coming of age story about how human dragons can be. “Stay With Me,” by Ayobami Adebayo. This heart-wrenching debut is set in Nigeria and follows the life of Yejide and her husband, Akin. Four years into their love-filled marriage, Yejide still bears no children, which is highly frowned upon in her culture. After consulting with several fertility doctors and healers, Yejide has little hope of pregnancy. When Akin is pushed to marry a second woman, Yejide is left feeling furious, shocked, and desperate for children. But when she finally gets her wish for a family of her own, it comes at a cost far greater than she could have dared to imagine. Adebayo’s novel emphasizes the relentless power of women, and the endurance of the female spirit.

“Stay” is getting mentions on all sorts of lists. Grab it while it’s hot.

“Happiness: A Memoir: The Crooked Little Road to Semi-Ever After,” by Heather Harpham. If the title is not enough to make you pick up this book, perhaps the story will do it.

Harpham falls in love with Brian Morton, a New York writer who is more introspective than demonstrative. Heather is a free-spirited California girl. They fall in love, but he does not want children, so when Heather gives birth to Gracie in California, neither expects the future the girl will have. She’s born with a serious condition that requires regular transfusions.

The two have to come together to do what’s best for Gracie. They have to navigate the twisted road of having a sick child, constantly making decisions and finally coming together as a family to find solutions.

“By Light of Hidden Candles,” by Daniella Levy. In a mud hut in the Jewish Quarter of 16th-century Fez, a dying woman hands her granddaughter a heavy gold ring — and an even heavier secret.

Five hundred years later, Alma Ben-Ami journeys to Madrid to fulfill her ancestor’s dying wish. She has recruited an unlikely research partner: Manuel Aguilar, a young Catholic Spaniard whose beloved priest always warned him about getting too friendly with Jews. As their quest takes them from Greenwich Village to the windswept mountain fortresses of southern Spain, their friendship deepens and threatens to cross boundaries sacred to them both; and what they finally discover in the Spanish archives will force them to confront the truth about who they are and what their faiths mean to them.

At times humorous, at times deeply moving, this beautifully written and meticulously researched book will appeal to anyone interested in the history of Inquisition-era Spain, Sephardic Jews, or falling in love.

“Tornado Weather,” by Deborah E. Kennedy. Five-year-old Daisy Gonzalez’s father is always waiting for her at the bus stop. But today, he isn’t, and Daisy disappears.

When Daisy goes missing, nearly everyone in town suspects or knows something different about what happened. And they also know a lot about each other. The immigrants who work in the dairy farm know their employers’ secrets. The hairdresser knows everything except what’s happening in her own backyard. And the roadkill collector knows love and heartbreak more than anyone would ever expect. They are all connected, in ways small and profound, open and secret.

By turns unsettling, dark, and wry, Kennedy’s powerful voice brings the town’s rich fabric to life. Tornado Weather is an affecting portrait of a complex and flawed cast of characters striving to find fulfillment in their lives – and Kennedy brilliantly shows that there is nothing average about an average life. “The Atlas of Forgotten Places,” by Jenny D. Williams. After a long career as an aid worker, Sabine Hardt has retreated to her native Germany for a quieter life. But when her American niece Lily disappears while volunteering in Uganda, Sabine must return to places and memories she once thought buried in order to find her.

In Uganda, Rose Akulu — haunted by a troubled past with the Lord’s Resistance Army and a family torn apart by war — is distressed when her lover Ocen vanishes without a trace. Side by side, Sabine and Rose must unravel the tangled threads that tie Lily and Ocen’s lives together — ultimately discovering that the truth of their loved ones’ disappearance is inescapably entwined to the secrets the two women carry.

The Atlas of Forgotten Places is a book that delves deep into the heart of compassion and redemption. It spans geographies and generations to lay bare the stories that connect us all.

Clyde, Time Was: The lines went down

Time was when the lines went down. On a sweltering summer solstice night without our friend “Juke Pyer,” it gives... read more