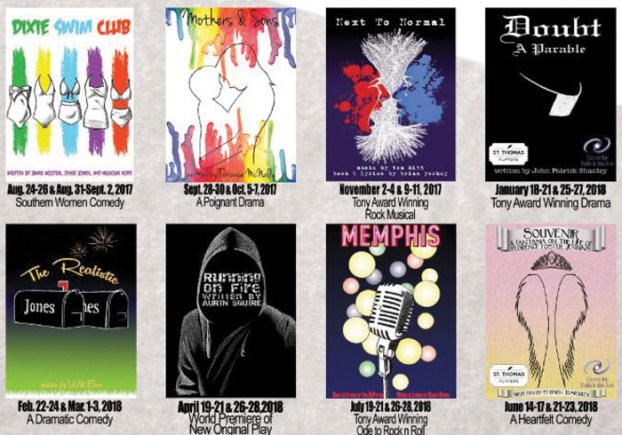 The curtain has dropped on season nine, and Lee Street theatre is hitting the ground running toward its tenth anniversary season. With a bank full of rich memories of shows, community, and family, Lee Street will celebrate this milestone with a season that investigates family values and the many different forms in which a “family” may exist, even kicking it off with a comedy set in the Outer Banks of North Carolina.

•   “Dixie Swim Club,” Aug. 24-26 and Aug. 31-Sept. 2, by Jessie Jones, Nicholas Hope, and Jamie Wooten. Five women meet at the same beach in the Outer Banks of North Carolina for 33 years, laughing and meddling in each other’s lives while growing closer with each passing year. Artistic Director Craig Kolkebeck calls the play “just plain fun and funny!  A great way to kick off the new season!”

•  “Mothers and Sons,” Sept. 28-30 and Oct. 5-7, by Terrance McNally. Exploring acceptance and unconditional love, “Mothers and Sons” follows a mother searching for answers about her late son from his former partner in New York. It is a “wonderful chronicling of the changing world of living as a gay American,” Kolkebeck claims. “An important and beautiful piece in Lee Street’s seasonal fare.”

•  “Doubt, A Parable,” Jan. 18-21 and 25-27, by John Patrick Shanley. The first of two plays this season presented by St. Thomas Players, “Doubt” explores the inextricable bond between faith and doubt when a steely nun accuses a beloved priest of molesting a child in her school.

•  “The Realistic Joneses,” Feb. 22-24 and March 1-3, by Will Eno. Two neighboring couples, one last name, and one common fate, it seems. Kolkebeck explains that “rave New York reviews and Drama Desk and Dramalogue Awards brought this awkwardly funny and touching play by one of America’s hottest playwrights to Lee Street.”

•  “Running on Fire,” April 19-21 and 26-28, by Aurin Squire. In this premiere play by Squire, a young college student is out for a jog when he is implicated in a crime spree. Kolkebeck promises we’re “staying true to Lee Street’s mission of presenting new and challenging work. Aurin Squire’s new play comes to us straight out of the O’Neill Theatre Center – THE leader in workshopping new plays with some of the country’s top actors. We are honored to be the first theatre to produce the first fully realized production of this important work!”

•  “Souvenir: A Fantasia on the Life of Florence Foster Jenkins,” June 14-17 and 21-23, by Stephen Temperley. Must one have talent to be called an artist? The second show presented by St. Thomas Players follows the tone-deaf socialite and her long-suffering accompanist through all of the laughs on her way to stardom.

•  “Memphis,” July 19-21 and 26-28, book and lyrics by Joe DiPietro; music and lyrics by David Bryan. The season closer follows the story of a white radio DJ who wants to change the world, and a black club singer who is ready for her big break. When reflecting on this choice of a season closer, Kolkebeck says that it is “a  wonderful way to close out the season with this hot Tony Award-winning rock musical touted as ‘what every Broadway musical should be.’”

“Next to Normal” in November will do more than showcase the talents of our community; it will act as the first installment of the new CataLST internship featuring the talents of some of the top musical and technical theatre students from Catawba College. The internship will feature Randy Stull, Larissa Garcia, and Jacob Hammil in performance, Ada Rosado Valdez in stage management, and Peyton Glendinning in directing. Peyton will work alongside director Craig Kolkebeck as assistant director for the production.

The Live at Lee Street concert series will feature some monumental musical talent, including The Kruger Brothers and Rowan Big Band. Lee Street’s partnership with Catawba College music department will continue through the Catawba College music department’s presentation of hits from the Beatles in November. Lee Street’s annual music revue will continue for its tenth season, as well, with performances in May. The music revue started as a passion project between five friends in 2008 with a setlist of iconic 40s songs. Now, due to its popularity, the revue is evolving every year, with new performers and themes to whisk audiences away in an evening of musical fun.

Whether you’re a long time fan or new to Lee Street, Season 10 is sure to deliver great laughs, moments of reflection, and memories that the community will cherish in the years to come. Welcome to the family!

Lee Street theatre’s Season 10 Flex Passes are available for purchase. All performances will be held at Lee Street Theatre and Performing Arts Center at the Tom and Martha Smith Event Center on 329 N. Lee St. Visit www.leestreet.org or call 704-310-5507 for tickets and more information.

What is a public servant? Learning through N.C. Cooperative Extension