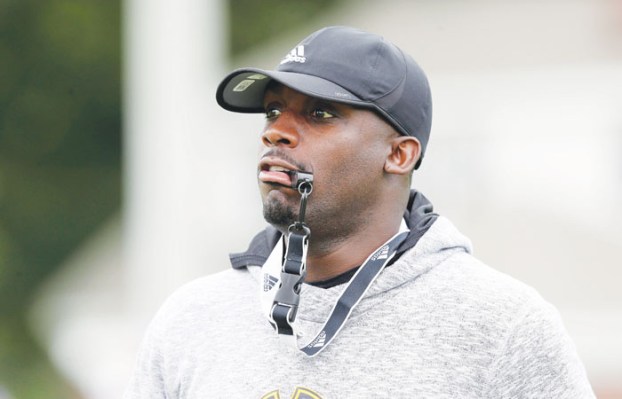 Now the quarterback and coach are together again — at East Carolina.

After leaving Duke following a pair of injuries to his Achilles tendon, Sirk is back on the field — this time as a graduate transfer at East Carolina for Montgomery, his former offensive coordinator and quarterbacks coach who’s in his second year as the Pirates’ head man.

“I’m blessed just to go out there every day and play the game I love so much again,” Sirk said Saturday. “I didn’t want to look back and say, ‘What if?’ I love to play football, I love to be out there practicing with the guys, I love being around the environment of the locker room — just everything about it, to me, it’s a blessing to be back here and to have another opportunity to get to do it.”

When Sirk left Duke and sought someplace to play his final college season, East Carolina immediately emerged as the obvious landing spot because of that relationship with Montgomery.

“If I hadn’t worked with him before,” Montgomery said, “he wouldn’t be here.”

Yet it isn’t quite as easy as simply handing the job to Sirk.

He’s got to earn it during preseason camp, where he’s battling with Gardner Minshew, who started the final two games of 2016. Montgomery says he wants to sort the position out later this month after a couple of scrimmages.

“I’d like to know where we’re headed and the direction that we’re going … so that it’s clear, and our team is not wondering what’s going on,” Montgomery said.

He certainly knows what Sirk can do when he’s fully healthy.

Sirk — the only quarterback to win a bowl game at Duke since 1961 — was the Blue Devils’ leading rusher in 2015 with 809 yards and eight touchdowns to go with 2,624 yards passing and 16 more scores while executing the plays called by Montgomery — Duke’s offensive coordinator that year.

He was hired by East Carolina after the regular season ended, but both schools agreed to let him coach the Pinstripe Bowl as a farewell.

That final game was one to remember: A 44-41 victory over Indiana at Yankee Stadium in which Sirk threw for two touchdowns, rushed for two more, rolled up 318 total yards and earned co-MVP honors.

That wound up being Sirk’s final game at Duke, too. He ruptured his Achilles tendon in February 2016, then worked his way back to full health before reinjuring the tendon during preseason practice last year and missing the season.

Meanwhile, redshirt freshman Daniel Jones took over as the Blue Devils’ QB. And when it became clear that Jones had established himself as Duke’s quarterback in 2017 and beyond, Sirk opted to transfer.

And now that nearly a full year has passed since his last Achilles tendon injury, Sirk says he feels fully healthy and during practice is running zone-read keepers and other staples of the Montgomery playbook he’s understood for years.

“That’s the biggest fear that you have coming into camp — am I really ready?” Sirk said. “Because going into last year’s camp, I asked myself the same question.

“Last year, I was preparing to get back on the field on a set date. Now I’ve had more time, I’ve really listened to my body, I’ve had time to focus on my health and I’m going out there with the confidence that I’m ready to go.”